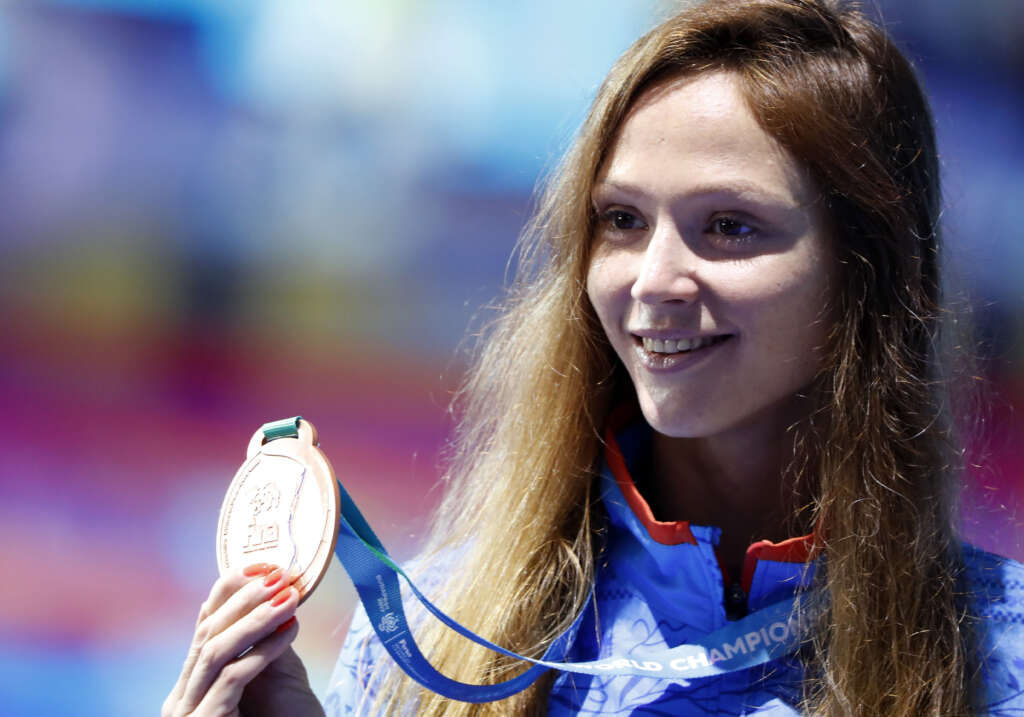 By Ronald Popeski and Lidia Kelly

(Reuters) – A Minsk court sentenced in absentia former Olympic swimmer Aliaksandra Herasimenia and political activist Alexander Opeykin to 12 years in prison for calling for sanctions and actions aimed at harming the national security of Belarus.

“They were found guilty of public calls to commit actions aimed at causing harm to the national security of Belarus, including the use of restrictive measures (sanctions) against Belarus, individuals and legal entities of the republic,” the state news BelTA agency reported on Monday.

Belarus has been shunned by the United Nations and many countries for an ongoing crackdown on political opponents, civil society and journalists.

According to the U.S. embassy in Belarus, there are more than 1,300 political prisoners in Belarus.

Herasimenia, a three-time Olympic medallist, was among the elite athletes who fled Belarus in the wake of a crackdown against those who protested what they said was the fraudulent re-election of Alexander Lukashenko in August 2020.

Lukashenko, a close ally of Russian President Vladimir Putin, has denied any wrongdoing. Although officially not participating in Moscow’s invasion in Ukraine, Russia has used Belarusian territory to launch its multi-pronged attacks.

Aleksander Opeykin is the chairman of the Belarusian Sport Solidarity Foundation aimed at supporting athletes who have been detained and faced repressions under Lukashenko’s authoritarian rule.

“From August, 2020 to May 20, 2022, through the media and the Internet, they disseminated deliberately false information and fabrications about the events that took place on the territory of Belarus, about the course and results of the election campaign 2020,” BelTA reported.

The court also ordered the seizure of Herasimenia’s apartment, her car and $48,700 in her bank accounts.

“Shameful!” Tsikhanouskaya said on her Twitter account. “The regime can’t get to them, but their property in Belarus was seized, including a car & an apartment. This is how the regime tries to punish its opponents in exile.”