Home Headlines Bitcoin must become more sustainable, for its own good – as well as the planet’s
Headlines

Bitcoin must become more sustainable, for its own good – as well as the planet’s

In this article – originally written as part of the ESCP Business School’s “Better Business: Creating Sustainable Value” series, Professors Alessandro Lanteri and Francesco Rattalino from ESCP Business School argue that Bitcoin must transition to more sustainable practices for its own viability as an investment as well as for its long-term survival. 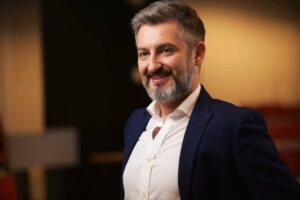 The original digital cryptocurrency, bitcoin, continues to receive media attention as it repeatedly breaks valuation records. It is also increasingly coming under the spotlight for its environmental impact. For example, electric vehicle manufacturer Tesla and its former CEO and renewable energy champion, Elon Musk, have come under scrutiny for investing in bitcoin. The reason is that the extreme energy demands of bitcoin are at odds with a focus on sustainability. Indeed, as of 2021, a single bitcoin transaction consumes as much energy as 735,121 transactions by VISA and the Bitcoin network as a whole consumes as much energy yearly as the entire country of The Netherlands. Each transaction has a CO2 footprint equal to 1,218,903 VISA transactions and the network has a yearly footprint comparable to that of Sweden.

As the network has become more popular in recent years, its resource intensity has dramatically increased and will presumably keep increasing. This raises “serious concerns for its potential impact on health and climate”. Left unrestricted and unregulated, bitcoin mining could critically compromise global decarbonization efforts. For example, in China bitcoin mining ranks in the top 10 among 182 cities and 42 industrial sectors in the country.

Beside these critical issues, which are broadly discussed in the media, we argue in this impact paper that Bitcoin must transition to more sustainable practices for its own viability as an investment as well as for its long-term survival.

Bitcoin Governance and Proof of Work Bitcoin is an intangible, digital currency. Since digital money can be easily duplicated, it needs a system to avoid what is dubbed ‘double spending.’ Bitcoin achieves this thanks to a ledger called blockchain that records every transaction ever completed since its creation. Each individual bitcoin can thus be traced back to the moment of its creation, through each and every transaction, across multiple owners and wallets. This way bitcoin cannot be duplicated.

The idea of a blockchain for cryptocurrencies was first described by the elusive inventor of Bitcoin, Satoshi Nakamoto (2008). The name itself is believed to have originated with the Bitcoin network, where transactions are not individually settled, but grouped and processed in blocks of transactions. In order to make the network more resistant to alterations, each block also contains a unique hash number that refers to the previous block. In this way, each block is linked to the previous and to the following ones, effectively creating a chain.

The Bitcoin blockchain is managed by a peer-to-peer network of computers, called nodes. Each node must adhere to an opensource protocol for the management of the entire blockchain. The protocols that determine how blocks are recorded on the ledger are called a consensus, which refers to the notion that the majority of the nodes are in agreement with regard to the correct state of the blockchain. Consensus protocols also create an incentive for nodes to upkeep the network. When a block is recorded on the chain, the protocol creates new bitcoins which are given to the node that confirmed the block.

The consensus protocol of Bitcoin is based on ‘proof of work,’ also known as ‘mining.’ This is why Bitcoin nodes are often called ‘mines.’ Mining consists in finding the solution to a complex cryptographic problem. Due to the complexity, the solution can only be found by trial and error, so by generating multiple answers until the right answer is correctly guessed.

This process consists in a heavy load of ‘work,’ which requires very substantial computational power and is therefore costly and energy intensive. But why has energy intensity increased?

When a node finds the solution, all the other nodes in the network verify it. (Interestingly, verifying a correct solution is very easy.) When the majority of the nodes validate the solution, the block of transactions is recorded on the chain and a new block is created. The survival of the network critically depends on this. If a single miner or a group of colluded miners controlled more than 50% computational power, they could meddle with bitcoin transactions and unilaterally validate them, performing what is called a ’51% attack’ that would critically undermine the network.

Bitcoin is designed to generate a block every ten minutes. However, the creation of a new block depends on solving a random problem. Therefore, when more and more advanced computers are mining, the solution can be found more rapidly. To stabilize the generation of new blocks, the network adjusts the difficulty of the problem. “To compensate for increasing hardware speed and varying interest in running nodes over time, the proof-of-work difficulty is determined by a moving average targeting an average number of blocks per hour. If they’re generated too fast, the difficulty increases” In other words, the more nodes and the more powerful each node, the greater the difficulty becomes.

Miners use specially-designed computers, called rigs. When new computational power is added to the network, the reward doesn’t increase, but its distribution changes. The chance of successfully creating a new block is proportional to a miner’s share of the total computational power. So, each new rig decreases the probability of success for the others. This triggers a competition, akin to an arms race, for greater computational power. In order to remain competitive, miners replace their rigs every 18 months.

As mentioned, Bitcoin generates new bitcoin every 10 minutes. Moreover, it is capped at 21 million bitcoins in total. For this reason, when the demand for bitcoins increases, since the supply of bitcoins is constrained, its price must increase. As soon as this happens, the incentive for miners to solve the cryptographic problem also increases, resulting in greater investment in new rigs. While this competitive dynamic increases the difficulty and so stabilizes the creation of new blocks, it also increases the energy demands of the network.

Beside stabilizing new block creation, increasing difficulty helps maintain the security of the network. The higher the difficulty, the more difficult and expensive it is to perform a 51% attack.

As bitcoin goes mainstream, its environmental impact may become a genuine threat. While bitcoin improves the risk-return relationship of a diversified equity portfolio, it increases its carbon footprint. The largest asset manager in the world, BlackRock, predicts a significant and rapid reallocation of capital towards investments that are sustainable. The Financial Stability Board launched a task force on Climate-Related Financial Disclosures to develop a global standard to measure the carbon footprint of investment portfolios. As investors shift towards sustainability, bitcoin’s environmental impact is bound to become a liability. Furthermore, the spiraling energy intensity reveals an overlooked weakness of Bitcoin. Financial assets do not usually cost more to store or trade as their value increases. Bitcoin, on the other hand, becomes more expensive the more valuable it becomes.

The cost of mining a bitcoin typically ranges between $5,000, for big mining operators, and $8,500, for individual miners, albeit with large differences among countries, depending on the electricity cost. With a market price stably above $30,000 in 2021, there is a strong incentive for installing new rigs. As mentioned, this leads to increasing difficulty in order to prevent excessive concentration of computational power in the hands of few miners. However, in 2020, the global shortage of microchips drove the cost of rigs upwards, pricing out smaller miners and accelerating an industry consolidation.

Already in 2020 the four largest mining pools (groups of coordinated miners) accounted for more than half of the new blocks created.4 The concentration is not sufficient to threaten a 51% attack. However, since most of the largest pools are based in China and the Chinese government is restricting bitcoin mining, they may eventually severely impact the liquidity and the efficiency of the network. These issues might result in perverse incentives for miners, which might undermine the Bitcoin network in the future.

Not all cryptocurrencies are as energy intensive as bitcoin, though. There are alternatives to Proof of Work. The second biggest cryptocurrency, ethereum, is moving towards a consensus mechanism called ‘Proof of Stake,’5 a system in which users who have a stake (i.e., they own at least 32 ETH in a wallet) are randomly chosen to create new blocks, share them with the network and earn rewards, thus eliminating the need for data miners and continuous hardware updates.

Another network, Algorand, created by the Turing Award recipient Prof. Silvio Micali of MIT, is based on pure Proof of Stake. Here, any holder of the currency can validate new blocks, and their probability of being selected is proportional to the number of tokens they own. Instead of doing intense computational work, validators simply need to have a stake in the network. Proof of Stake protocols effectively maintain the stability of the network and can pave the way to more sustainable cryptocurrencies.

RPA: the truth behind the hype

Microsoft to gobble up Activision in $69 billion...

UK economy finally bigger than before pandemic in...

December 10, 2021
Editorial & Advertiser disclosureEditorial & Advertiser disclosureOur website provides you with information, news, press releases, Opinion and advertorials on various financial products and services. This is not to be considered as financial advice and should be considered only for information purposes. We cannot guarantee the accuracy or applicability of any information provided with respect to your individual or personal circumstances. Please seek Professional advice from a qualified professional before making any financial decisions. We link to various third party websites, affiliate sales networks, and may link to our advertising partners websites. Though we are tied up with various advertising and affiliate networks, this does not affect our analysis or opinion. When you view or click on certain links available on our articles, our partners may compensate us for displaying the content to you, or make a purchase or fill a form. This will not incur any additional charges to you. To make things simpler for you to identity or distinguish sponsored articles or links, you may consider all articles or links hosted on our site as a partner endorsed link.