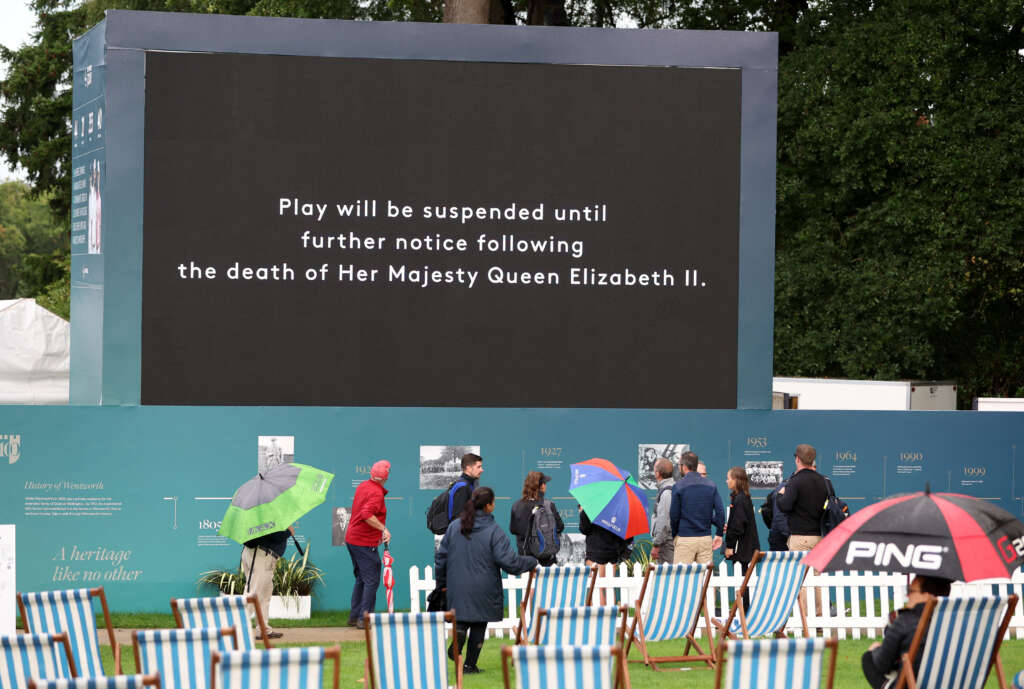 The death Thursday of Queen Elizabeth II led to the stoppage of play at the BMW PGA Championships at Surrey, England.

The flagship event on the DP World Tour was in the midst of the first round when play was halted. The tournament also is expected to take a pause Friday, with play to resume Saturday at the earliest.

The 96-year-old queen was Great Britain’s longest-reigning monarch. She spent 70 years on the throne before her death at Balmoral Castle in Scotland.

Tournament video boards announced the news: “Play will be suspended until further notice following the death of Her Majesty Queen Elizabeth II.”

Viktor Hovland of Norway, as well as England’s Tommy Fleetwood and Andy Sullivan, all were in the clubhouse before play was suspended with opening rounds of 8-under-par 64. Rory McIlroy of Northern Ireland, who won the PGA Tour Championship at Atlanta last month, shot a 4-under 68.

“Out of respect for Her Majesty and the Royal Family, play has been suspended at the BMW PGA Championship at Wentworth Club for the remainder of Thursday and flags at Wentworth Club will be lowered to half-mast,” the tournament said in a statement. ” … Further updates on the resumption of play will be provided in due course. Our deepest sympathies and condolences are with the Royal Family at this time.”

The Wentworth Club practice facility also is expected to be closed through Friday.