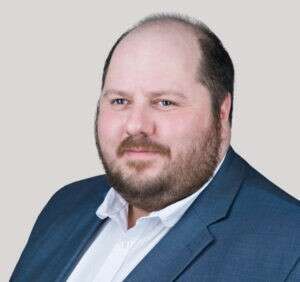 From technology giants to fintech start-ups, the list of organisations ploughing huge sums of money into new blockchain projects is growing by the year. And they’re filing patent applications in similar volumes to protect their intellectual property (IP). For organisations keen to join them in tapping the huge potential of this burgeoning technology, it pays to first take a step back and understand the legal implications.

Blockchain may have debuted as a kind of payment rail for Bitcoin, but the technology has far outgrown its cryptocurrency origins. Today it’s being used to facilitate everything from securing personal identity information and the sharing of medical data, to online voting. It’s clear how far and wide the decentralised ledger tech has spread by taking a look at patent application records.

China is the undisputed leader in applications. According to reports, its companies—including Ant Group, Ping An Group, China Unicom and Baidu—account for nine of the top 10 most prolific filers for IP protection since 2015. IBM is apparently the only non-Chinese company in this list. However, the picture of awarded patents is rather different. As of May 2020, only 19% had gone to Chinese companies since 2014, versus 39% for US firms and 21% for South Korean innovators.

Irrespective of the location of these companies, it’s clear that interest in protecting blockchain IP has never been higher, even though—since the landmark Supreme Court ruling on Alice Corp. v CLS Bank International—obtaining a patent has become much harder in recent years. A separate report from 2020 claimed that more blockchain-related patents were published in the first half of last year than in all of 2019.

Many blockchain companies appear sceptical of engaging lawyers to protect specific patents related to their technology. But in the long run, this could harm their business if Fortune 500 firms get there first. As D’vorah Graeser, founder of consultancy KISSPatent, argues, blockchain innovators may soon need to reconsider the role of IP in their companies.

“Blockchain is here to stay, and it will very soon be a dominant force in tech disruption,” she says. “Big companies will use this technology to innovate and they will do everything in their hands to protect and monetise their innovations.”

The challenges stemming from all this patent activity are twofold. First, the majority of applications haven’t yet been ruled on, meaning companies don’t know how their own uses of technology fit into the IP landscape. That applies to the patent applicant and to third parties who’s own activities could be impacted. Second, many pending applications haven’t yet been published due to the huge volume passing through official channels, meaning there’s no information available on them. That adds further uncertainty for organisations wanting to go to market now. Being unable to realistically establish freedom to operate, they would have to launch “at risk”.

Fortunately, there are signs that this uncertainty is easing. It is likely that blockchain implementations will become standardised to at least some degree in order for systems to interoperate. Already, the IEEE (Institute of Electrical & Electronics Engineers) has published standards on topics such as Framework of Blockchain-based Internet of Things Data Management, and more are in the works. Once this happens and essential patents can be determined, then patent licensing pools would seem inevitable. Even where aspects of the technology do not become standardised, the most important patents might be expected to be licensed on FRAND terms.

The most likely scenario therefore seems to be one in which patents do not prevent companies from working with blockchain technology, but do necessitate royalty payments to patent holders. How can you navigate this evolving landscape? One option would be to file your own patents. Another would be to file defensive disclosures. These are designed to provide “prior art” protection of specific uses of technology from patents filed later.

How to handle open source

A third challenge involves the use of open-source code in blockchain products and services—an especially popular option for startups with fewer resources to spend on in-house development. There are two main types of licence here: permissive and restrictive. The former doesn’t place any restrictions on software reuse, even for commercial purposes, and doesn’t require further modifications to be distributed under the same licence, or at all.

However, the latter is more complex. Restrictive licences allow free distribution of copies and modified versions. But they also stipulate that any modified versions are also licensed under the same terms. That would be a problem if a company’s business model was selling licenses to its open source-based blockchain product, as it would mean that these may have to be made available for free. One way of getting around this is could be to offer services on top of a blockchain, or blockchain as a service. However, permissive licences are generally lower risk.

For those planning to roll-out blockchain-based products and services, there is plenty to digest. But a head-in-the-sand approach is increasingly untenable against a backdrop of prolific patent protection activity.

The metaverse will change the way we interact...

Why Automated Audits are the Next Unlock for...

June 17, 2022
Editorial & Advertiser disclosureEditorial & Advertiser disclosureOur website provides you with information, news, press releases, Opinion and advertorials on various financial products and services. This is not to be considered as financial advice and should be considered only for information purposes. We cannot guarantee the accuracy or applicability of any information provided with respect to your individual or personal circumstances. Please seek Professional advice from a qualified professional before making any financial decisions. We link to various third party websites, affiliate sales networks, and may link to our advertising partners websites. Though we are tied up with various advertising and affiliate networks, this does not affect our analysis or opinion. When you view or click on certain links available on our articles, our partners may compensate us for displaying the content to you, or make a purchase or fill a form. This will not incur any additional charges to you. To make things simpler for you to identity or distinguish sponsored articles or links, you may consider all articles or links hosted on our site as a partner endorsed link.