Celebrating and mocking violence both make it more socially acceptable 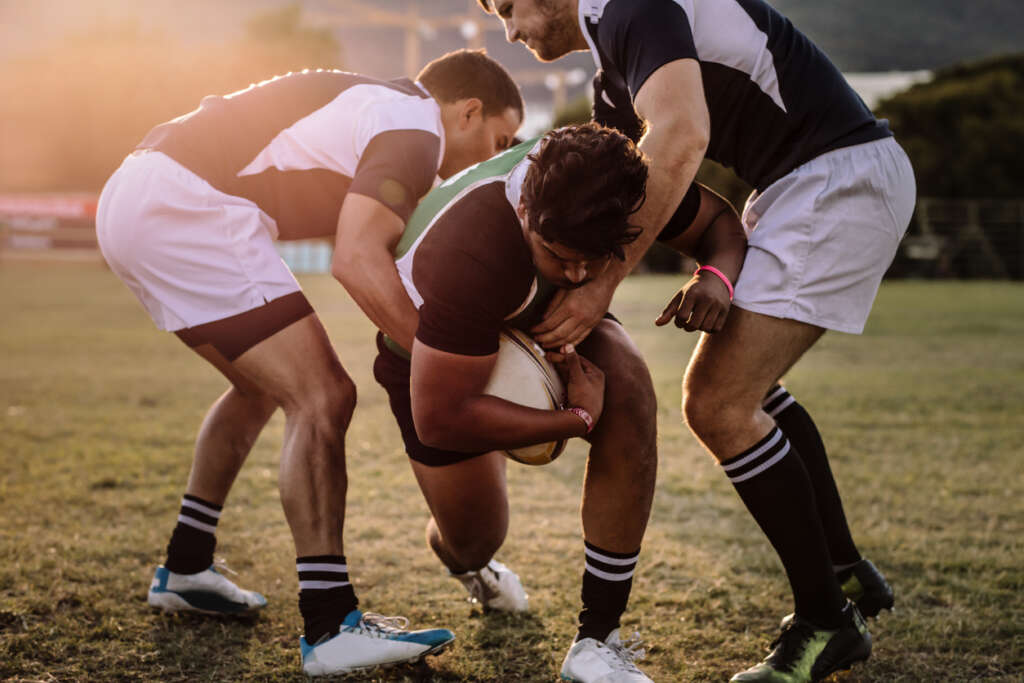 Professional players, spectators, and media outlets acknowledge the violence in rugby games but distinguish it from other illegal “bad” forms of violence, research from ESSEC Business School reveals, in order to better understand the ethics of violence.

Delphine Dion, Professor of Marketing at ESSEC, co-authored a study based on in-depth interviews with consumers and professional players, photo-elicitation, and social media posts, to find out how violence on rugby pitches is justified.

Dion and her colleagues found that consumers, players, and reporters dramatize rugby matches as war scenarios rather than civilian ones. Teams are represented as bands of warriors. Translated into this alternative reality, the game takes place in a situation where exerting and receiving violence is accepted and celebrated. Simultaneously, grotesque live performances and amusing songs undercut the drama of violence on the pitch, making it easier to process.

“There is a tension between celebrating and mocking the war at the same time, meaning violence can be perceived as fake or funny. Far from questioning violence, these practices are a way of avoiding criticism and strengthening the worthiness of violence,” says Dion.

Cameras and sportcasters aestheticize remarkable actions, that is, the actions and interactions that they want to make more spectacular and dramatic. They camouflage players’ pain and injuries by making pain taboo and hiding the injuries themselves. Through the way they stage games, they produce the illusion of a non-violent game.

“Our findings enable us to offer some recommendations to all firms that participate in competitive sports organizations, such as governing bodies, producers, broadcasters and sportscasters, to avoid or limit the justification of violence,” says Dion.

Dion recommends that media and competition organisers avoid making war references in relation to rugby, and provide content on injuries, consequences, rule changes, and protective equipment, to create a more truthful and less glamorous portrayal of violence on rugby pitches.

This research was published in the Journal of Business Ethics.

Cryptoverse: Is bitcoin out of the woods? Consider the options

How to avoid career suicide at the office Christmas party

VISION 2045: Business Pioneers to Form the Necessary Change for the Planet