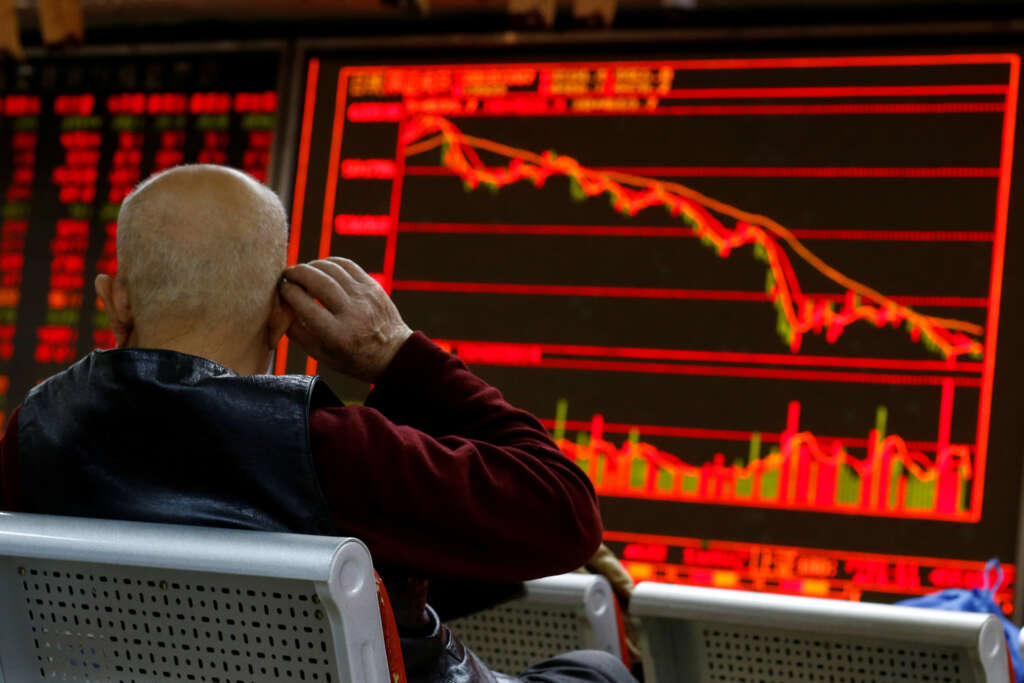 (Reuters) – Emerging market portfolios saw another month of foreign outflows in September, the seventh of the last eight, as non-residents pulled money out of EM stocks and away from China, data from the Institute of International Finance showed on Wednesday.

China debt markets lost $1.4 billion in September for a total of $98.2 billion pulled out of the asset class over eight months as investors shy away from a slowing economy.

Factory activity there barely grew in September, and a slowdown in services sector growth pointed to further cooling as the economy grapples with COVID-19 curbs and softening global demand.

EM stock portfolios outside China also posted outflows, with $8.2 billion exiting the asset class last month, while ex-China debt saw inflows of $7.5 billion to stem some of the bleeding.

“Mounting global recession risk is weighing on EM flows as anxiety builds over geopolitical events, realized inflation and uncertainty about the capacity of policymakers to weather the current context,” Jonathan Fortun, an IIF economist, said in a report.

On balance, foreigners pulled $2.9 billion from emerging market portfolios last month, for a year-to-date figure of $12.7 billion in outflows.

IIF data broken down by region showed an inflow of $2.4 billion to Latin America last month and a $0.3 billion flow to EM Europe. All other regions posted outflows.

Weakness in emerging market assets was expected this year as their developed counterparts broke with years of ultra-low interest rates to fight what has in cases become decades-high inflation. Higher rates of return in more stable economies pull money away from emerging markets.

Russia’s invasion of Ukraine in February triggered a spike in food and energy prices that further hurt many EM economies.