Crackdown on crypto promotions at home and abroad 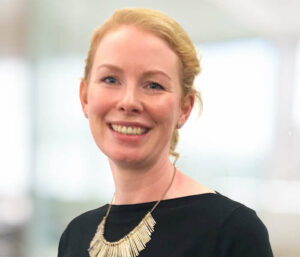 It is no surprise that the phenomenal growth in cryptocurrency’s popularity last year prompted an equally strong surge in crypto advertising.

London commuters, for example, were bombarded as Transport for London displayed 39,560 crypto adverts from 13 firms on tubes and buses in the six months between April and September 2021. Among the major advertisers were the trading platform eToro and floki, a meme coin named after Elon Musk’s dog. 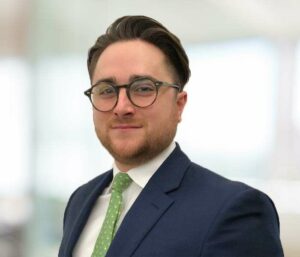 Crypto investments are also being promoted on social media by all manner of influencers, ranging from Kim Kardashian (who is facing legal action in relation to alleged misleading promotion of EthereumMax) to Spanish footballer, Andrés Iniesta (who posted pictures of himself on Twitter using the Binance platform, the world’s biggest cryptocurrency exchange, as part of a paid promotion). Given influencers’ broad appeal to a target audience that is invariably young, and often inexperienced in making investments, particularly in the crypto market, social media promotion of crypto exchanges and tokens has increasingly been a source of concern for market regulators.

Also unsurprising was the increase in crypto crime. Analysis from Chainalysis indicates that around US$14bn was lost to crypto crime in 2021, up from US$7.8bn the year before. The bulk of this was lost due to scams and stolen funds.

Amid growing concern about increased consumer use and the unregulated promotion of crypto investments (some of which are pegged to traditional, regulated assets), regulators are now introducing plans to regulate the promotion of crypto products in an effort to provide greater transparency around the financial risks of investing in crypto assets, and increase investor awareness.

The most recent countries to do so are Spain and the UK.

In the UK, the Financial Conduct Authority (FCA) has launched InvestSmart, a 5-year campaign costing £11m, and which specifically targets a young audience. In aiming to reach these investors online and through social media, it hopes to educate these investors about the products and related risks. This is against the backdrop of investors making increasingly high-risk investments over the past year (and in particular during the pandemic).  This is just one piece of the regulator’s wider consumer investment strategy, aimed in part at tackling the number of consumer investors becoming the victims of scams and fraud.

At the same time, the UK Treasury and the FCA are considering tightening the rules on crypto promotion. In expressing concern about the “rapid growth” in risk-taking that has taken place during the Covid-19 pandemic, Sarah Pritchard, Executive Director Markets at the FCA, said, “[t]oo many people are being led to invest in products they don’t understand and which are too risky for them”. The FCA’s draft proposals to mitigate these risks include tightening the rules around promoting crypto assets, introducing strict risk warnings and banning “refer a friend” incentive schemes. Fines for serious regulatory breaches will likely follow.

In a first for the EU, Spain’s national securities market commission (the Commission) was recently given the power to regulate crypto advertising from February 2022.  In a nod to the changing nature of online advertising, the Spanish regulations expressly apply to social media promotion, and in particular to influencers and their sponsors.

In promoting cryptocurrencies, influencers in Spain will now be required to notify authorities of certain posts and to include warnings about the risks. Influencers, or outlets which have more than 100,000 social media followers in Spain, will have to give the watchdog at least 10 days’ notice of the content of their crypto promotions.

As of this month, the Spanish regulator also requires influencers to disclose if they are being paid (in money or by way of some other benefit) to promote crypto, and if so to include “clear, balanced, impartial and non-misleading” content about the risks involved, including a statement that the crypto industry is unregulated and that the investment could lead to a loss.  The penalty for non-compliance will be a fine, which could reach as much as €300,000.

The developments in Spain could be an indication that some EU member states are frustrated that no agreement has been reached to introduce the proposed EU-wide regulatory regime for crypto, known as MiCA. Progress has been slow because the MiCA framework is only one element of a much larger EU Digital Finance strategy that aims to adapt Europe to the digital age.

Other EU member states might soon follow in Spain’s footsteps. Last year, for example, the French General Directorate for Competition Policy, Consumer Affairs and Fraud Control fined Nabilla Benattia-Vergara, the French-Swiss model and reality TV personality, €20,000 for failing to disclose that she was being paid to promote certain stock services on Snapchat in 2018.

As the UK and Europe take steps towards increasing regulation of the crypto-market and the promotion of investment in digital and crypto assets, there will inevitably be an increase of legal claims and investigations in this space. Most recently, HMRC seized three Non-Fungible Tokens (NFTs) as part of a probe into a suspected £1.4m VAT fraud involving 250 alleged fake companies. The English courts have similarly been at the forefront of utilising existing tools to deal with crypto disputes. Recently, in an action against persons unknown, the English Court has granted Norwich Pharmacal and Bankers’ Trust orders against cryptocurrency exchanges outside of England, allowing the claimant to require the exchanges to provide them with information in order to trace stolen cryptocurrency.