CRYPTO – WHAT MORE PROOF DO THE NAY-SAYERS NEED? 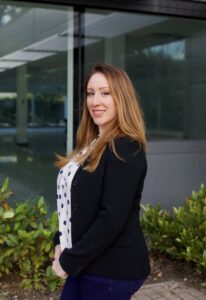 Many moons ago, my colleagues and I used to get very excited whenever crypto appeared in the mainstream press; we’d excitedly shared the newspaper online links over WhatsApp at weird times of day and night.  Now, I’m glad to say, we don’t bother, because crypto appears in national publications daily!  Annoyingly, that press coverage can still verge on the negative: many more column inches are devoted to those crypto investors who have misplaced passwordsor have lost money to online hackers.

Strangely it seems rare to see coverage of retail investors who have experienced the same with a traditional online platform of a high street bank, although one imagines it happens multiple times more often.  Typically, those stories include a doyen of banking infrastructure waxing lyrical that bitcoin is intellectually a doomed concept.  Interestingly, the same publications almost never report on bitcoin reaching all-time highs, although I concede this story would recently have had to appear weekly in recent months!

Confirmation bias is a really interesting theory, stating that the human brain naturally gravitates to evidence that supports a view it already has, and will interpret any new information in a way that upholds the existing ideas.  I highly recommend Daniel Kahneman’s “Thinking Fast and Slow” for a detailed looked at the psychology of decision making.

There are vociferous supporters on both sides of the debate, whether you are joyously positive about crypto or scare-mongering pessimist.  The industry is at a really interesting point in its lifecycle where the evidence is so overwhelmingly positive, it is likely even the most ardent doom merchants will shortly have to that their accept that their view is, at best, a niche position.

In the UK we have marked the grim anniversary of one year of COVID; it is worth summarising what crypto has achieved in that time. Pricewise, it has triumphed against the pandemicand outperformed every other asset class on the planet; Bitcoin is up 802% and Ethereum is up 1078%.

Every major payment company has placed its bet on crypto.  The size of this market cannot be underestimated: PayPal started providing crypto to its users last summer, and at one point was buying 70% of all newly created bitcoin.  Mastercard, and more recently VISA have backed crypto, with their combined audience of over a billion merchants this dramatically increases the usability as a payment mechanism.

The world’s largest investment banks, asset managers, and hedge funds have had to eat their words and are now firmly part of the ecosystem – recent “converts” include Blackrock, JP Morgan and Goldman Sachs.  The institutional buyers flexing their purchasing power drives up prices, and the February announcement that UBS, the world’s biggest custodian bank, will provide custody services for digital assets, which will allow more large buyers to enter the market with confidence.

For retail investors, on terms of the regulator it is great to see the FCA taking a more active roleand creating a list of permitted exchanges.  Not a bad year for an asset barely old enough to be in primary school!  Let us draw out attention to what work we do we still have to do as an industry.

I have been delighted to see discussion about the morality of crypto.  There is a clear argument that it is fairer, and more democratic, by being out of the reach of manipulation of governments.  Interestingly a lot of the narrative has recently focused on the power needs of crypto, with some claiming it is damaging to the environment with its drain on power.

Despite a 2019 ‘coin shares’ survey that found a reassuring 73% of all bitcoin mining is powered by renewable energy, many of the cryptos critics point to the fact that bitcoin consumes more power than the country of Denmark.

I have struggled to find meaningful comparisons to other financial systems; how much energy has been expended mining gold, or the consumption of the global financial system’s 20 million people using inefficient legacy IT. Regardless, with a growing demand for ethical and sustainable investments, I expect to see more banks pushing for reassurance that the crypto they are purchasing is “clean”.

Finally, it gives me great joy to see crypto critics saying It may be “too late” to invest in crypto; this surely is admission of defeat?  Those that purchased bitcoin in 2007 have made an outrageous return, of over 11,000% but they also took a huge risk of buying an asset no one understood or had heard of!

I particularly liked the analysis of asset manager Ruffer, who purchased $1bn worth of bitcoin, around 3% of its portfolios, making £500m over three and a half months in the process, declaring we are at the “foothills of a long trend”.

For those who feel they are after the cryptos at an early point in their lifecycle, there is a plethora of sensible altcoins, i.e. Polkadot, Cardano, Chainlink etc., that I expect to see increased demand for in the coming years and months.

The analogy is purchasing bitcoin in 2018 for £400 not today’s value of £40,000+!   Similarly, as Dacxi is listed on an external exchange for the first-time next month I am both proud of the growth the coin has experienced so far, and excited by the potential in the short and medium term.

In conclusion: the negative voices in crypto are starting to be drowned out; there is not much more for the asset class to achieve to silence its critics once and for all.  Of course, crypto is not for everyone, and there will always be people who really love getting less than half a percent on their cash.  However, in my view, new technologies reach a tipping point where it is like stopping a freight train.  It appears that fortune does indeed favour the brave!

The strategic business value of Blockchain in insurance

Changing the future of personal finance by combining...

Dollar moves off lows on heels of inflation...

BoE’s Saunders worries inflation will be higher than...

Rouble weakens sharply from over 2-year high vs...

May 6, 2022
Editorial & Advertiser disclosureEditorial & Advertiser disclosureOur website provides you with information, news, press releases, Opinion and advertorials on various financial products and services. This is not to be considered as financial advice and should be considered only for information purposes. We cannot guarantee the accuracy or applicability of any information provided with respect to your individual or personal circumstances. Please seek Professional advice from a qualified professional before making any financial decisions. We link to various third party websites, affiliate sales networks, and may link to our advertising partners websites. Though we are tied up with various advertising and affiliate networks, this does not affect our analysis or opinion. When you view or click on certain links available on our articles, our partners may compensate us for displaying the content to you, or make a purchase or fill a form. This will not incur any additional charges to you. To make things simpler for you to identity or distinguish sponsored articles or links, you may consider all articles or links hosted on our site as a partner endorsed link.