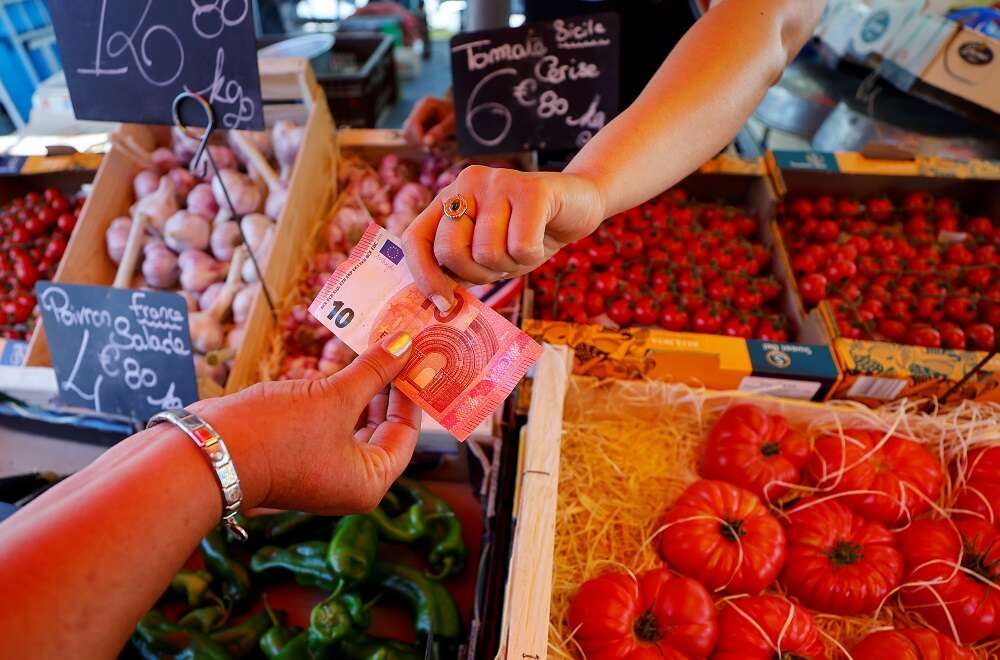 BRUSSELS (Reuters) – Euro zone economic sentiment improved in December for the first time since the start of the war in Ukraine, European Commission data showed on Friday, with more optimism across all sectors of the economy and a sharp drop in inflation expectations.

The Commission’s monthly economic sentiment index rose to 95.8 in December from 94.0 in November, the first upward movement after a slide from a record high of 114.0 scaled in February, the month Russia invaded Ukraine.

The mood in industry improved to -1.5 from -1.9 and the sentiment in the services sector, the euro zone’s biggest contributor to growth, more than doubled to 6.3 from 3.1.

Eurostat said the volume of retail sales in the 19 countries sharing the euro last November rose 0.8% month-on-month, rebounding from a 1.5% slump the previous month, for a 2.8% year-on-year decline. Economists polled by Reuters had expected a 0.5% monthly rise and a 3.3% year-on-year fall.

The volume of sales of automotive fuel in specialised stores rose 1.0% month-on-month in November, and 4.4% year-on-year helping to limit the downward pull on the index from falling sales of other products.

Retail sales are a proxy for consumer demand which has suffered from high energy prices that triggered a record surge in consumer inflation.

How to trade through an economic storm

Continuous learning is crucial to staying competitive in the job market

Making a better future by stepping off the beaten track

Being Crypto Agile in a World of Quantum