Home Headlines European bourses steady as focus remains on key economic data
Our website publishes news, press releases, opinion and advertorials on various financial organizations, products and services which are commissioned from various Companies, Organizations, PR agencies, Bloggers etc. These commissioned articles are commercial in nature. This is not to be considered as financial advice and should be considered only for information purposes. It does not reflect the views or opinion of our website and is not to be considered an endorsement or a recommendation. We cannot guarantee the accuracy or applicability of any information provided with respect to your individual or personal circumstances. Please seek Professional advice from a qualified professional before making any financial decisions. We link to various third-party websites, affiliate sales networks, and to our advertising partners websites. When you view or click on certain links available on our articles, our partners may compensate us for displaying the content to you or make a purchase or fill a form. This will not incur any additional charges to you. To make things simpler for you to identity or distinguish advertised or sponsored articles or links, you may consider all articles or links hosted on our site as a commercial article placement. We will not be responsible for any loss you may suffer as a result of any omission or inaccuracy on the website.
Headlines

(Reuters) – European shares on Wednesday were little changed amid persisting recession fears, with investors eyeing growth and inflation data due this week for clues about the region’s economic health and the monetary policy outlook.

The pan-European STOXX 600 hovered near 10-week highs in a choppy trading session. Food and beverage stocks gained 1.0% to scale near three-week peaks, while real estate shed 1.1%.

Overnight, results from retailers Walmart and Home Depot bolstered views on the health of U.S. consumers, lifting Wall Street stocks ahead of July retail sales data due from the world’s largest economy. [.N]

The focus on Wednesday was also on the final euro zone flash GDP estimates for the second quarter due at 0900 GMT. While preliminary data showed faster-than-expected growth, economists fear it might be the economy’s last hurrah.

“European markets have taken a cue from Wall Street and Asia amid hopes the U.S. might avoid a recession due to consumer resilience, but gains are limited with investors treading water ahead of the Q2 revision, keen to see whether the more buoyant 0.7% growth reading will be maintained,” said Susannah Streeter, senior investment and markets analyst at Hargreaves Lansdown.

“Another 50 bps hike from the Bank of England next month is now more likely… Tightening is taking place against an already downbeat backdrop of negative growth expected from Q4 onwards, which is not a bright outlook for stocks,” said Stuart Cole, chief macro economist at Equiti Capital.

“The market is seeing the UK experience as a harbinger of what is to come in the EU.”

“Uniper’s big loss highlights the heavy cost the invasion of Ukraine has had on the German energy market. Projections that it should exit the loss zone in 2024 limited losses in early trade,” Streeter said.

European bourses have bounced off of June lows, mirroring sentiment on Wall Street as signs that U.S. inflation may have peaked lowered bets of aggressive rate hikes. 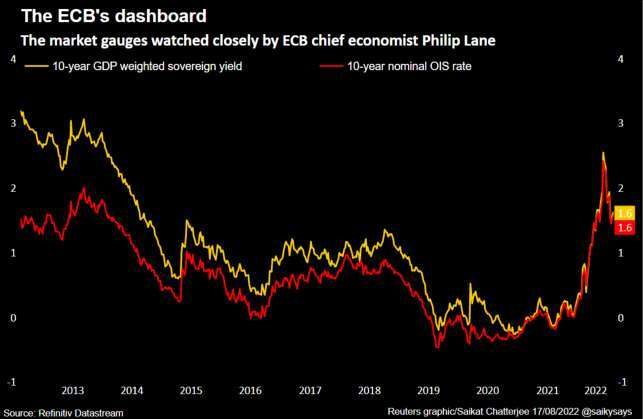 (Reporting by Anisha Sircar in Bengaluru; editing by Uttaresh.V)

Analysis-China central bank, under pressure to ease, is hemmed-in by inflation, Fed jitters