Home Headlines Exclusive-Norway eyes high gas output until 2030, says energy minister
Our website publishes news, press releases, opinion and advertorials on various financial organizations, products and services which are commissioned from various Companies, Organizations, PR agencies, Bloggers etc. These commissioned articles are commercial in nature. This is not to be considered as financial advice and should be considered only for information purposes. It does not reflect the views or opinion of our website and is not to be considered an endorsement or a recommendation. We cannot guarantee the accuracy or applicability of any information provided with respect to your individual or personal circumstances. Please seek Professional advice from a qualified professional before making any financial decisions. We link to various third-party websites, affiliate sales networks, and to our advertising partners websites. When you view or click on certain links available on our articles, our partners may compensate us for displaying the content to you or make a purchase or fill a form. This will not incur any additional charges to you. To make things simpler for you to identity or distinguish advertised or sponsored articles or links, you may consider all articles or links hosted on our site as a commercial article placement. We will not be responsible for any loss you may suffer as a result of any omission or inaccuracy on the website.
Headlines

By Nora Buli and Nerijus Adomaitis

OSLO (Reuters) – Norway plans to maintain its current high gas production level until the end of the decade as Europe plans to ditch Russian imports over Moscow’s invasion of Ukraine, its energy minister said on Tuesday.

“I expect that we can maintain the production levels we are at now until 2030,” Terje Aasland told Reuters in an interview.

“We see that there are projects and also plans for development and operation coming now that can help maintain the high gas volumes going forward,” he said.

The Nordic country is expected to produce some 122 billion cubic metres (bcm) of gas this year, according to official forecasts made in May, an increase of 8% from 2021, possibly beating a record set five years ago. 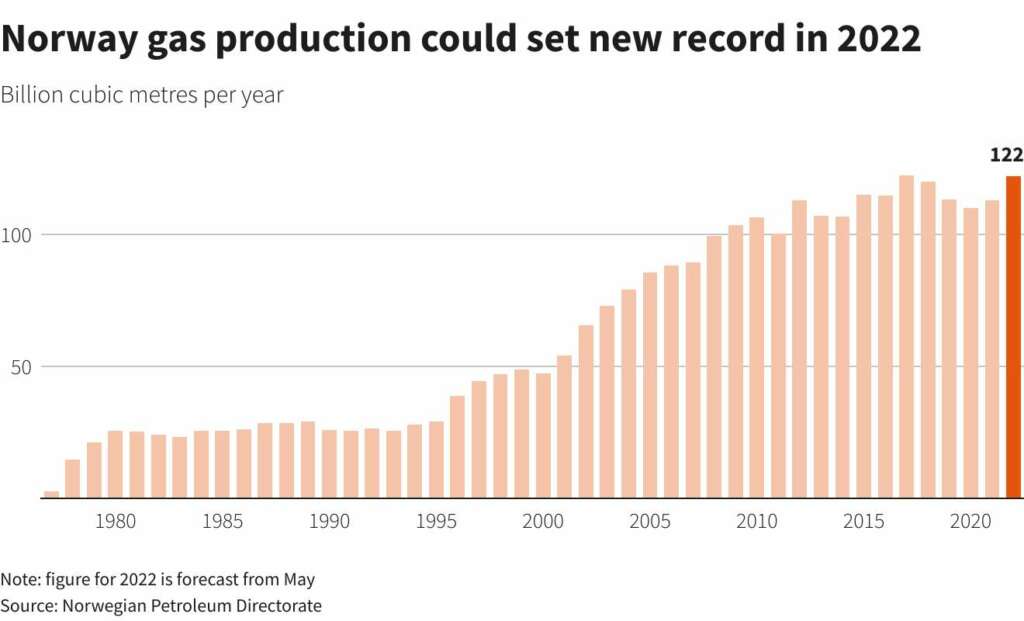 The Norwegian Petroleum Directorate predicted in January that gas output would be at 118 bcm – lower than the current level – in 2026, the furthest year out forecast by the regulator.

Norway is now Europe’s biggest supplier of gas, according to Refinitiv Eikon data, overtaking Russia, which has cut back on its gas deliveries. 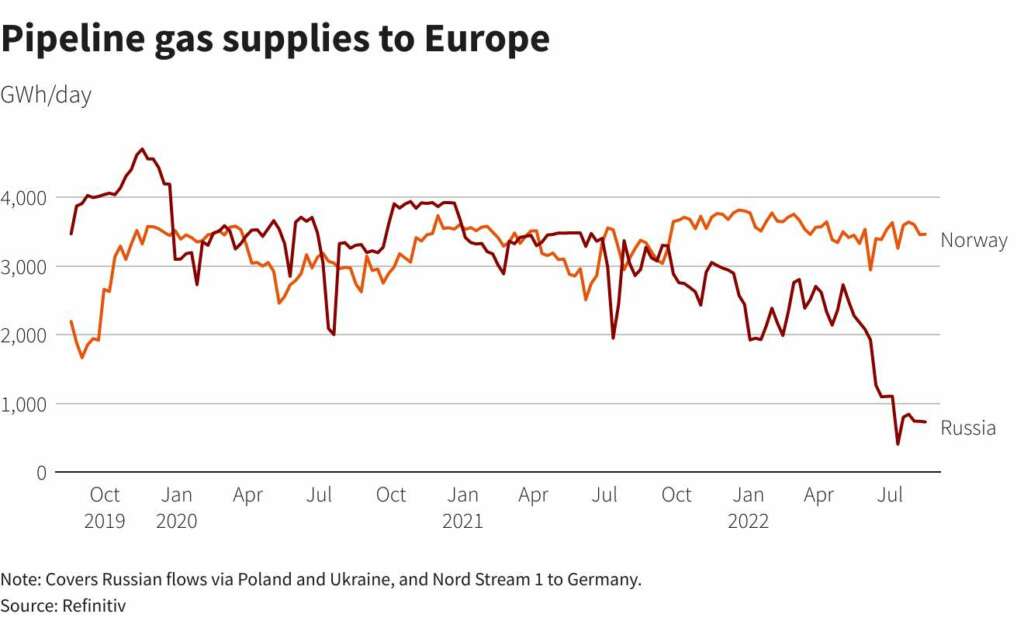 The minister said he was also more confident about long-term demand for Norwegian gas in Europe after the non-EU member and the European Union signed an agreement in June to enhance gas imports from the Norwegian continental shelf.

“This is an important message to get from the EU,” Aasland said.

Norway has already responded to higher demand from Europe by diverting more gas for exports instead of injecting it back into the ground to boost crude oil production.

The price of European gas has almost tripled this year, having repeatedly hit new records. Still, Norway does not plan to sell gas at below market price, as some analysts and media have proposed.

“In principle, the market is predictable. When there is scarcity, prices are high. That also contributes to increasing production and steers the gas to the markets that need it most,” Aasland said.

“To disturb the market and make… rules that look good right now could contribute to ruining some of the ground for building stability and trust over time.”

He added Norway did not plan to introduce a windfall tax on Norwegian oil companies, despite them reaping record-high cash flows.

“We are not having any discussions now about extra taxes. The additional revenue companies are potentially making now is forming the basis for future investments and the basis for the entire transformation of the energy sector,” Aasland said.

The company however has said that it would step up exploration for new resources to meet demand in Europe for Norwegian hydrocarbons.

World at rising risk of recession as inflation hits consumers

Nissan to cease producing cylinder heads for Renault from 2024