Home Business Has the FCA got this one wrong?
Business

Has the FCA got this one wrong?

Retail investors will be left unjustifiably out of pocket if the UK Financial Conduct Authority (FCA) does not relax its ban on the sale of derivatives and exchange traded notes (ETNs) for certain cryptoassets.

On 6 October, the FCA published a new set of rules preventing retail investors from buying derivatives of cryptocurrency tokens like Bitcoin, Ethereum and Ripple from 6 January 2021. Since then, the price of a Bitcoin has almost doubled, reaching an all-time high of more than $20,000 on Wednesday.

Despite the upward trajectory of this alluring digital currency, some retail investment platforms have already begun coming into line and have stopped individual investors from buying Bitcoin derivatives.

Hargreaves Lansdown, for example, imposed the ban on its 1.4 million retail customers on 30 October 2020. In the month since then, the price of a Bitcoin has risen by a further 52 percent. More promisingly, Bitcoin is not showing any signs of the cataclysmic 30-40 percent drops characteristic of previous major bull runs – partly due to major institutional investors bidding up the currency’s price in a way that was unheard of during previous Bitcoin rallies.

As a body which claims to make financial markets work well so that consumers get a fair deal, it seems the FCA is in danger of letting down the bracket of retail investors which stand to gain significantly from the current Bitcoin price action.

Of course, the ban was the result of a lengthy consultation going back to July 2019 and comes from a place of protection. 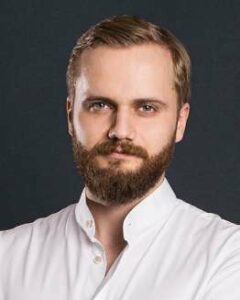 But is the prospect of an unregulated, decentralised currency not the draw for the investors – and potentially pension funds – who choose to participate in the crypto sphere? It certainly has been for major institutional investors like JP Morgan, Blackrock and Bridgewater, whose executives have publicly endorsed Bitcoin since the FCA began its consultation last summer.

A far cry from the FCA’s intention of limiting the effects of price volatility, crypto investors relish the thought of benefitting from the sudden and unexpected gains of positive price action. The FCA was right when it said that retail consumers “might suffer harm from sudden and unexpected losses” if they invest in products like Bitcoin. But that is the opposite edge of the sword that crypto investors must wield. Capital is always at risk in this game; it is down to the investor to choose how much risk to take, and in which asset, with their own money.

It is the role of the retail broker and investment and pension fund advisors to guide a client toward good opportunities, and no legitimate broker would suggest that a client allocates any more than a few percent of their portfolio to any one volatile asset class.

Even the retail investors that go it alone are generally aware of the implicit risk and reward – as the FCA’s own survey of 2,681 participants in June 2020 found. A key takeaway was that “the majority of cryptoasset owners are generally knowledgeable about the product, are aware of the lack of regulatory protection afforded and understand the risk of price volatility.”

Imposing this ban will not stop the retail investors who are keen to be involved. They can still access crypto assets through the spot market. And it could simply encourage determined retail investors to flock to providers in Europe, Asia and the US, where similar bans on the sale of ETNs and derivatives do not exist. Or worse, to places where even fewer regulations are in place concerning the likes of anti-money laundering.

In fact, legislation that encourages responsible cryptocurrency trading is accelerating elsewhere. Two months ago, the EU’s regulator introduced a mammoth draft proposal called MiCA, which lays the foundations for the regulation of cryptoassets across the continent. This framework, earmarked by some as the MiFID II of crypto, is set to enable and even encourage responsible trading and investing in cryptoassets.

German financial regulator BaFin has already approved a Bitcoin exchange-traded fund (ETF). This ETF, called BTCetc Bitcoin ETP (BTCE), tracks the price of Bitcoin and is physically backed. For each unit of BTCE, Bitcoin is stored in regulated, institutional-grade custody.

The FCA, with its blanket ban approach on crypto derivatives, seriously risks falling behind its European counterparts in enabling the growth of a nascent industry. With just over a month to go until the ban begins, now is the time for the FCA to reconsider its position and find a way to enable, not exclude, retail investors from full participation in this growing asset class.

The Bullish Case for Bitcoin 2021

The Importance of a Holistic Brand Strategy

Oil rises to more than 7-year high on...

Why experienced remote workers are an untapped resource

UK orders housebuilders to come up with $5...

January 6, 2022
Editorial & Advertiser disclosureEditorial & Advertiser disclosureOur website provides you with information, news, press releases, Opinion and advertorials on various financial products and services. This is not to be considered as financial advice and should be considered only for information purposes. We cannot guarantee the accuracy or applicability of any information provided with respect to your individual or personal circumstances. Please seek Professional advice from a qualified professional before making any financial decisions. We link to various third party websites, affiliate sales networks, and may link to our advertising partners websites. Though we are tied up with various advertising and affiliate networks, this does not affect our analysis or opinion. When you view or click on certain links available on our articles, our partners may compensate us for displaying the content to you, or make a purchase or fill a form. This will not incur any additional charges to you. To make things simpler for you to identity or distinguish sponsored articles or links, you may consider all articles or links hosted on our site as a partner endorsed link.