Home Headlines Is blockchain key to creating a trusted and working carbon market?
Our website publishes news, press releases, opinion and advertorials on various financial organizations, products and services which are commissioned from various Companies, Organizations, PR agencies, Bloggers etc. These commissioned articles are commercial in nature. This is not to be considered as financial advice and should be considered only for information purposes. It does not reflect the views or opinion of our website and is not to be considered an endorsement or a recommendation. We cannot guarantee the accuracy or applicability of any information provided with respect to your individual or personal circumstances. Please seek Professional advice from a qualified professional before making any financial decisions. We link to various third-party websites, affiliate sales networks, and to our advertising partners websites. When you view or click on certain links available on our articles, our partners may compensate us for displaying the content to you or make a purchase or fill a form. This will not incur any additional charges to you. To make things simpler for you to identity or distinguish advertised or sponsored articles or links, you may consider all articles or links hosted on our site as a commercial article placement. We will not be responsible for any loss you may suffer as a result of any omission or inaccuracy on the website.
Headlines

Is blockchain key to creating a trusted and working carbon market? 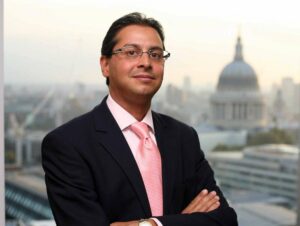 The Carbon trading markets are not working because they are failing to price the cost of a carbon emission correctly. At the time of writing, there was a difference of US$75.81 between the highest value carbon credit (EU Compliance market) vs the lowest (voluntary) according to Carboncredits. Markets are driven by finding the clearing price between sellers and buyers but this only works if the product is standardised and carbon credits are not.

Many estimates peg the global carbon credit market to be worth around US$850bn (2021) with growth of over US$1 trillion expected in the next decade.

This market value is split across a variety of securities and markets creating local pools of liquidity, which curtails its ability to help address the issue of GHG emissions.

Today, there are two carbon markets: the Regulated carbon market which is targeted at regional and state levels and the Voluntary, where businesses and individuals can trade carbon credits to offset their carbon commissions. The lack of product standardisation is the root cause of the pricing disparities.

In the voluntary market, carbon credits are created from a multitude of projects whose promoters claim are carbon positive. These include the obvious… renewable energy projects such as solar, wind, etc. to the more spurious such as claims for carbon offset by not drilling for oil!

The price of a carbon credit is linked to the perceived quality of the issuing organisation – creating a rift between those who are perceived to be trusted and those who are yet to establish their brand and quality. Many projects are also audited by external firms such as Vera and The Gold Standard (great name!) but investing in auditors simply creates further divisions.

The solution is simple – standardise the product across geographies using blockchain technology. If blockchain can be trusted to record the movement of money (see the crypto use case) then surely it has a place in keeping track of carbon emissions and trading credits. Unlike a traditional database, blockchain databases can be the single source of truth and allow collaboration between organisations without compromising data privacy. Blockchain’s immutability (append only) characteristics enable the optimal audit record which is increasingly critical for all areas of business operations and transaction reporting.

Blockchain can also be used to automate transactions by using smart contracts which in essence are lines of computer code that can be programmed to execute a task if certain parameters are met. Blockchains could collect data directly from operations using connected devices and sensors (IoT) and if valid, generate a carbon credit. This frictionless process will drive a fully automated marketplace.

Importantly, using a blockchain to capture the source and profile of the project which is claiming the carbon credit could enhance trust in the quality of the credit as investors know each one is backed by evidence that cannot be tampered with.

By setting standard rules for creating a carbon credit which could be automated through blockchain smart contracts, regulators have an opportunity to create an efficient automated trading marketplace.

This doesn’t require identical rules across markets as long as the translation formula for the same asset in a different market is transparent. Different blockchains used across the markets could be connected using platform bridges such as Finboot’s Marco.

In effect each carbon credit would be an immutable digital record of a project’s lifecycle, providing proof of claim. This ‘Digital Passport’ could move between the issuer and the buyer and once used, cannot be reused (a benefit of the blockchain) by locking its ability to be resold.  Double counting, claiming credit for the same offset twice is a plague that undermines the credibility of the market and its objectives.

By automating the market trading rules through a blockchain, we can reduce transaction costs and also reduce the size of a carbon credit, which is currently set at one tonne = one credit.

Consider the rise in Tesla’s share price after the share split which was announced in June. Retail investors who previously needed c.US$1,000 to buy one Tesla share now only need $300! Similarly, small carbon offset projects (generating less than one tonne of carbon offset) need to access the liquidity by selling their offset credits on the same market: therefore democratising the carbon market. We need to encourage participation from small carbon projects in the same way it is possible to invest in shares today.Furthermore, smaller projects may also have the highest impact value and would benefit from funding through carbon credits.

Using technology to underpin an efficient market is not new. Using Blockchain to bring trust and efficiency to the global carbon markets has an irony. On one hand, a global blockchain would help generate a global carbon price as a barometer for a global problem. On the other hand, blockchains themselves are criticised for high energy consumption. Like all technologies we have seen significant improvements in the way blockchains require computer power and thereby consume energy, making a blockchain powered carbon credit market more viable today.

Markets need a clear set of listing requirements and low barriers to entry to ensure that they can be both accessible and trusted.

“Can you trust the numbers and is there a level playing field? …It’s a great privilege to be in the US. We have the deepest, most liquid capital markets and if you want to issue here in the US and tap into the investment in the US, comply with our laws.” Said Gary Gensler, Chairman of the SEC last week following the announcement that China would allow access to US auditors to review the financials of US listed Chinese companies.

The same applies to the Carbon market: create the standard, administer through technology and let the market do what it does best, derive the right clearing price for carbon so we all understand the true cost of emissions.

EU leaders to discuss next steps on energy,...

UK cabinet was not informed of plans to...