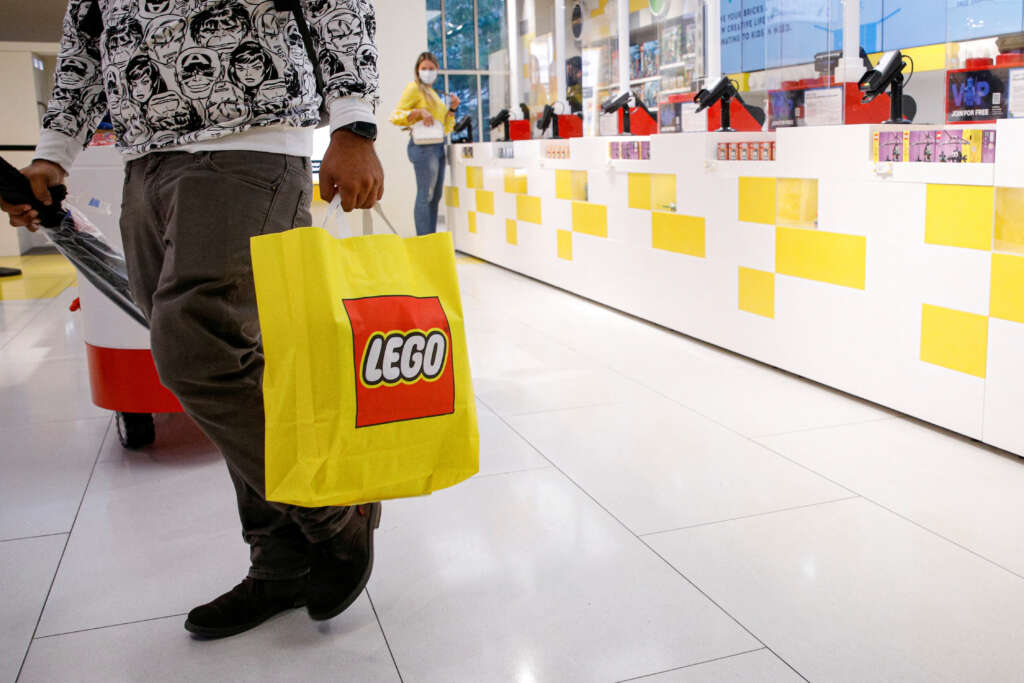 COPENHAGEN (Reuters) – Lego on Wednesday posted double-digit sales growth in the first half of the year, driven by new store openings and robust demand for its colourful plastic bricks despite rising costs and inflation hitting consumers.

The family-owned company said it had outpaced the toy industry in all major markets during the first six months of the year, when revenue increased 17% to 27 billion Danish crowns ($3.48 billion).

Operating profit for the period was steady from last year at 7.9 billion crowns.

“We’ve gained market share every month in all our major markets, and we’re growing significantly faster than our competitors,” Chief Executive Niels Christiansen told Reuters in an interview.

“We enter the peak Christmas season with good momentum,” he said.

The Danish company opened 66 new stores in the six-month period, of which 43 were in China, bringing the total number of Lego branded stores to 833 worldwide.

Prompted by higher costs of energy, freight and plastic resin, Lego in August increased prices for some of its products, although products aimed at children had mostly been shielded against price increases, Christiansen said.

Lego increased consumer sales by 13% in the six-month period compared to 1% growth in the global toy market, Christiansen said.

Lego’s success was due to a product portfolio catering to both adults and children, and to a decade-old strategy of placing production close to its key markets, which has been beneficial as the global retail industry has faced supply chain issues, Christiansen said.

Popular toys in the first half of the year included its Star Wars, Harry Potter, and Technic sets.

The company has also moved part of next year’s salary increases forward to this year to help employees through a winter with high energy bills, Christiansen said.

Lego to invest over $1 billion in U.S. brick plant