Home Technology Menlo Security report reveals less than three in 10 organisations are equipped to combat the growing wave of web-based cyber threats
Our website publishes news, press releases, opinion and advertorials on various financial organizations, products and services which are commissioned from various Companies, Organizations, PR agencies, Bloggers etc. These commissioned articles are commercial in nature. This is not to be considered as financial advice and should be considered only for information purposes. It does not reflect the views or opinion of our website and is not to be considered an endorsement or a recommendation. We cannot guarantee the accuracy or applicability of any information provided with respect to your individual or personal circumstances. Please seek Professional advice from a qualified professional before making any financial decisions. We link to various third-party websites, affiliate sales networks, and to our advertising partners websites. When you view or click on certain links available on our articles, our partners may compensate us for displaying the content to you or make a purchase or fill a form. This will not incur any additional charges to you. To make things simpler for you to identity or distinguish advertised or sponsored articles or links, you may consider all articles or links hosted on our site as a commercial article placement. We will not be responsible for any loss you may suffer as a result of any omission or inaccuracy on the website.
Technology

Web malware (47 per cent) and ransomware (42 per cent) now top the list of security threats that organisations are most concerned about. Yet despite the growing risks, less than a third (27 per cent) have advanced threat protection in place on every endpoint device that can access corporate applications and resources. This is according to new research, ‘The state of threat prevention: evasive threats take center stage’, published today by Menlo Security, a leader in cloud security, exploring what steps organisations are taking to secure themselves in the wake of a new class of cyber threats – known as Highly Evasive Adaptive Threats (HEAT).

As employees spend more time working in the browser and accessing cloud-based applications, the risk of HEAT attacks increases. Almost two-thirds of organisations have had a device compromised by a browser-based attack in the last 12 months. The report suggests that organisations are not being proactive enough in mitigating the risk of these threats, with 45 per cent failing to add strength to their network security stack over the past year. There are also conflicting views on the most effective place to deploy security to prevent advanced threats, with 43 per cent citing the network, and 37 per cent the cloud. 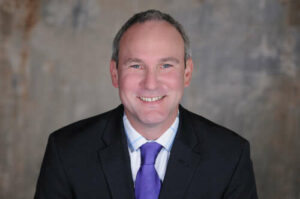 “Threat actors seek to exploit gaps in traditional security defences and the fact that security capabilities haven’t really changed over the past decade. One of the areas of focus for attackers is using web threats and we’re seeing more and more of them successfully deployed using HEAT techniques. Last year, we saw Nobelium use HTML smuggling, a HEAT tactic to avoid static and dynamic content analysis, to deliver malware and ransomware attacks. The fact that these are successful means their usage will increase, which could have devastating consequences for companies of all sizes,” explains Mark Guntrip, Senior Director of Cybersecurity Strategy, Menlo Security.

“Working practices have changed and companies must stop relying on traditional tools and strategies that just don’t cut it anymore. Adopting a prevention-driven approach to security is the only way to achieve this and using isolation-powered security to do so stops the browser from having any direct interaction with the website and content and ensures that HEAT attacks don’t stand a chance.”

According to the research among 500+ IT decision makers in the UK and US, hybrid/remote working (28 per cent) is the biggest challenge organisations expect to face this year when it comes to protecting their corporate network from advanced threats. This is followed by budget restrictions (15 per cent), the presence of unmanaged devices (14 per cent), and out-dated security solutions (13 per cent).

There are also a number of competing priorities for IT professionals when it comes to improving their security posture in 2022. Training staff tops the list (61 per cent), followed by technology investment to protect the corporate network (60 per cent), adapting to new ways of working (50 per cent), and investing in skilled security members at 45 per cent.

Although 55 per cent of respondents have invested in their security stack over the past year and 27 per cent have advanced threat protection in place, it is not having the desired effect as attacks are still successfully penetrating their defence lines.

Half of respondents believe that firewalls are an effective way of mitigating HEAT attacks, and 31 per cent favour VPNs.

Organisations believe that the threat of a cyber attack is a case of ‘when’ not ‘if’, regardless of size. Consequently, IT decision makers are most concerned about the reputational damage (62 per cent) and financial loss (57 per cent) that a security breach could have on their business.

According to Guntrip: “Organisations need to prioritise a review of their network security solution stack. HEAT target web browsers as the attack vector and employ techniques to evade detection by multiple layers in current security stacks, including firewalls, Secure Web Gateways, sandbox analysis, URL Reputation and phishing detection, so clearly a new strategy is needed.”

What are HEAT attacks?

The Menlo Labs research team has been analysing Highly Evasive Adaptive Threats (HEAT), which bypass traditional security defences, including firewalls, Secure Web Gateways, sandbox analysis, URL Reputation, and phishing detection. The team observed a 224 per cent increase in HEAT attacks in the second half of 2021.

Used to deliver malware or to compromise credentials, which in many cases leads to ransomware payloads, HEAT attacks include at least one of four evasion techniques:

The survey questioned 505 IT decision makers across the United States and United Kingdom, including CIOs and CISOs, on the HEAT landscape, how businesses are responding to threats, and what their security challenges and priorities are for 2022. The interviews were conducted by Sapio Research in February 2022 using an email invitation and an online survey.

Crypto strategies to benefit from the volatility of the markets

The Future of Finance or a Fiscal Time Bomb? Despite Regulatory Concern, Cryptocurrency is Becoming Increasingly Mainstream. What are the risks for investors?

How digital transformation can create a more personalised...

Tesla is sued by drivers over alleged false...

Going beyond blockchain and crypto: How Distributed Ledger...

Is The Mobile Banking Industry Taking Over Traditional...