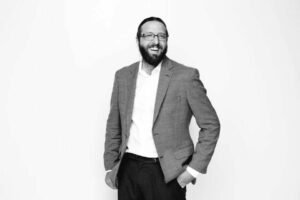 By: Matthew Niemerg, Ph.D., co-founder of the Aleph Zero Foundation

As blockchains become increasingly integrated into enterprises, a certain conundrum has emerged for those implementing them. Namely, whether to utilize a public or private blockchain for their business operations. There are reasons to go either route, but unfortunately, some downsides exist for both implementations. Ultimately, however, by utilizing hybrid blockchains, this duality may soon cease to exist altogether.

For as long as the internet and eCommerce have been around, businesses have had to protect their networks from the outside world. Everything from corporate spying to hackers and even political espionage are clear cases for private and permissioned systems. It’s perhaps no surprise that with the rise of blockchain technology, many companies choose to forego the “public and transparent” aspects so often touted and instead turn to permissioned systems they have complete control over.

While this may sound like blasphemy to the decentralization maximalists, it is entirely logical from the standpoint of most enterprises. Public blockchains mean everyone can see everything and those with the proper authority can perform valid transactions. There may be some kinds of organizations that could operate within that framework, but not too many. There’s also the fact that private chains have little concern over the speed or scaling issues common in their public counterparts. They would cost about as much to set up and maintain as legacy networks and, in fact, could be grafted into many existing systems. This would still afford many of the benefits for immutable database management but reduce any additional overhead costs.

However, private chains also come with some stumbling blocks. One principal issue is that they are — by necessity — highly centralized. This is how the speed of these networks outpace that of public iterations. But with centralization, security takes a considerable blow. Depending on just how the system is set up, the corruption of one or just a few nodes could be enough to undermine the integrity of the entire system. Not only does centralization open an attack vector for external hackers, but it also increases the threat of internal collusion. Anyone with access and authority over the system can change data in a way that makes these changes look valid and part of the immutable history on the chain which makes the changes next to impossible to detect.

Lastly, private blockchains create roadblocks to interoperability which could prove crucial to business innovation. These unique systems will still need common languages to speak to each other, as businesses regularly collaborate with other companies, particularly when it comes to data sharing and transfer. There needs to be a means to translate between different blockchain architectures, and this can become a major headache in itself — but private blockchains make it almost impossible. With lessened security and an inability to collaborate, private blockchains amount to little more than glorified shared databases — something already widely used within organizations today.

Organizations aren’t limited by privately run permissioned blockchains; they’re also able to turn to public blockchain offerings if they so choose. With public blockchains, the pros and cons are largely flipped from their private counterparts. For example, security on a public network is often far superior, meaning the chances of data being manipulated is virtually nil. This is because anyone on earth can run a node making the replication of the data on these networks all the more ubiquitous. Hundreds, thousands, or tens of thousands of global nodes means the possibility of controlling enough of the network to perform an attack, collusion or otherwise, is almost inconceivable.

These networks also come, in many ways, ready to use. This means that there is no need for a company to build its own proprietary code or commission a bespoke blockchain. Anybody can simply download the source code and participate or, easier still, join a blockchain-as-a-service platform. Because the best of these projects have been around for years and are constantly reviewed by their communities, they are often already highly reliable for transferring data and value.

Of course, there are again problems here. Modern organizations cannot realistically use public networks until they are able to scale effectively.  With current throughput rates, these blockchains would slow to a crawl if major companies began using them for daily operations. Fortunately, several scaling solutions are in play for multiple public networks, such as Bitcoin’s layer-2 lightning network and Ethereum’s pivot to a sharded beacon chain; so far, these are not ready for mass adoption.

The hybrid approach to blockchain

Enter hybrid blockchains. While there is no “official” definition of what a hybrid blockchain is, they could be considered as public blockchains enabling private computations (transactions). Why would this provide an organization with the best of both worlds? It would allow for the company data to simultaneously be cryptographically secure, transparent, and verifiable by anyone with the proper authority while still occluding the direct nature of that data.

Pairing this with some of the benefits of scalability, zero maintenance costs and maximum theoretical security guarantees that certain public blockchains afford, a hybrid solution is viable for even the most demanding user base.

There are many practical use cases that can highlight just how powerful combining a public blockchain with private computations stand to be. These go beyond just financial business and into the worlds of entertainment, supply chain management, IoT, and more. For example, take automatic payments. Whether between individuals, businesses, or both, smart contracts on these blockchains can enable specifically agreed-upon payments to be automatically transferred only when certain conditions are met. This could streamline invoice payments, consumer purchases, and even taxes, and all without much human oversight or work-hours required behind the scenes, while at the same time being executed in a more secure—and cheaper—way than on permissioned solutions alone.

Supply chains could track goods and resources all the way from source to store shelf, with payment for the relevant stages being handled autonomously. Funds, even across multiple asset types, could be tracked and managed from a single interface. Even personal data, which has become a matter of intense contention for many consumers, could become user-controlled or owned, revealed to authorized parties, yet still be kept cryptographically hidden from data miners and hackers alike.

For entertainment, blockchains are poised to completely revolutionize the video game industry. Thanks to NFTs, items on virtual game platforms obtain a form of tangibility and can be traded on secondary markets or even in-between games. This could help with some of the microtransaction controversies that have plagued the industry in recent years, as well as please gamers in general.

The possibilities of blockchains are as countless as the uses of traditional databases, but even more astounding are the possibilities of hybrid chains. For enterprise businesses, hybrid chains are likely the one solution that offers both the speed, flexibility, and security needed in the next decade and beyond—while still having the option to not reveal the most sensitive company data.

About The Author
Matthew Niemerg, Ph.D., is the co-founder of the Aleph Zero Foundation — a Swiss non-profit offering a scalable privacy-enhancing smart contract infrastructure suitable for enterprise-grade applications.

The metaverse will change the way we interact...

Why Automated Audits are the Next Unlock for...

June 17, 2022
Editorial & Advertiser disclosureEditorial & Advertiser disclosureOur website provides you with information, news, press releases, Opinion and advertorials on various financial products and services. This is not to be considered as financial advice and should be considered only for information purposes. We cannot guarantee the accuracy or applicability of any information provided with respect to your individual or personal circumstances. Please seek Professional advice from a qualified professional before making any financial decisions. We link to various third party websites, affiliate sales networks, and may link to our advertising partners websites. Though we are tied up with various advertising and affiliate networks, this does not affect our analysis or opinion. When you view or click on certain links available on our articles, our partners may compensate us for displaying the content to you, or make a purchase or fill a form. This will not incur any additional charges to you. To make things simpler for you to identity or distinguish sponsored articles or links, you may consider all articles or links hosted on our site as a partner endorsed link.