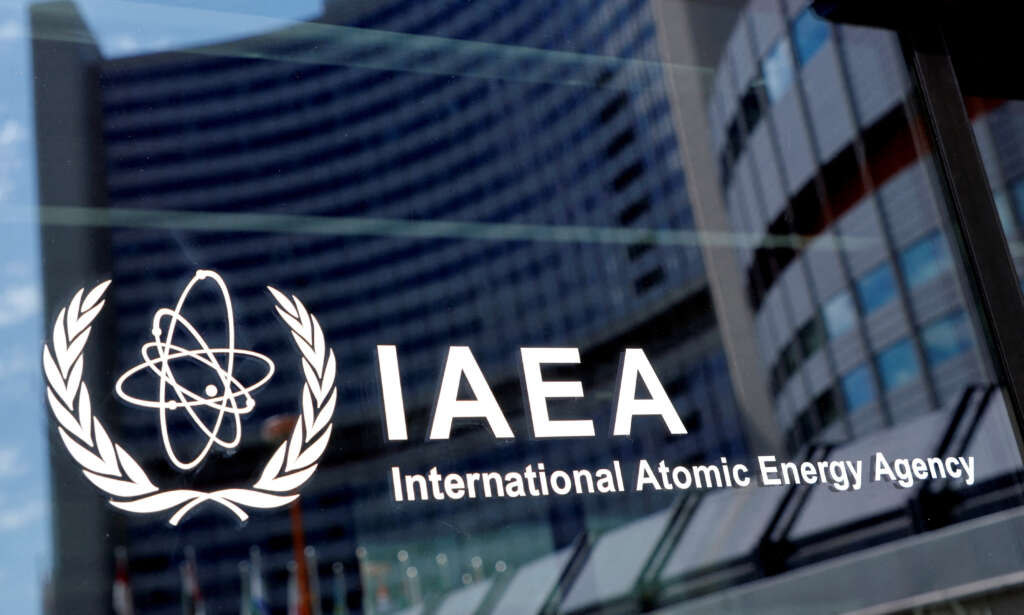 VIENNA (Reuters) – Two-thirds of the U.N. nuclear watchdog’s 35-nation Board of Governors endorsed a non-binding statement by the United States, Britain, France and Germany on Wednesday pressing Iran to explain why uranium traces were found at three undeclared sites.

At its last quarterly meeting in June the International Atomic Energy Agency’s Board of Governors passed a resolution expressing “profound concern” that the traces remain unexplained due to insufficient cooperation by Iran, and calling on Tehran to engage with the watchdog “without delay”.

The Vienna-based IAEA says there has been no progress and no engagement by Iran since then.

Rather than pass a new resolution at this week’s board meeting, the four countries behind June’s resolution – the United States, Britain, France and Germany – issued a joint statement reaffirming support for that text and sought to get as many other countries as they could to sign up it.

“We call upon Iran to act immediately to fulfil its legal obligations and, without delay, take up the (IAEA) Director General’s offer of further engagement to clarify and resolve all outstanding safeguards issues,” the joint statement presented by Germany to the board said.

A list of countries provided by Germany showed that 23 countries on the board supported it. The 12 that did not included Argentina, Brazil, Mexico, Egypt, South Africa, India, Pakistan, Malaysia, Senegal and Vietnam.

That is fewer supporters than the 30 countries that voted in favour of the June resolution, which only Russia and China opposed. Those two did not back Wednesday’s joint statement, either. India and Pakistan abstained in June. Libya went from abstaining on the resolution to supporting the joint statement.

A resolution passed by the Board of Governors carries the weight of a formal decision by the IAEA’s top policy-making body that meets more than once a year. Countries banding together to issue a statement without submitting and passing a resolution are merely expressing an opinion.

The issue of the unexplained uranium particles has become an obstacle in wider talks to revive Iran’s 2015 nuclear deal with world powers since Tehran is now seeking a closure of the IAEA’s investigation as part of those negotiations, Western powers say.

This has jeopardised the talks to revive the now badly eroded deal that restricted Iran’s nuclear activities in exchange for relief from Western sanctions, the three European powers said on Saturday, venting their frustration.