The impact blockchain will have across industries

Blockchain has a lot of potential and can infiltrate a variety of industries from the property market to financial services and higher education institutions.

The reason why it is here to stay is simply due to the advantages it offers, especially over traditional systems.

With blockchain allowing records to be kept on multiple computers, data security is enhanced, meaning data losses from theft, fires and catastrophes are greatly reduced. It is also virtually impossible to delete or tamper with the records once they have been implemented, reducing the chances of fraud.

Blockchain promotes transparency with participants being able to have relatively unfettered access to their records, cutting time and effort made on endless to-ing and fro-ing.It also removes the need for intermediaries with it being a true peer to peer system. This, again, can reduce costs and access delays.

The transparency and speed of blockchain can make transactions – which can often include copious amounts of paperwork, possible fraud, and errors in public records – more efficient, safer and easier.

Let’s take the automotive sector for example. The immutable aspect of blockchain could potentially make selling used cars a lot safer and secure. It could list out the previous MOT, services and owners on the blockchain for all relevant parties to see; the logging of information on one system is more authentic too and gives the buyer trust and confidence in the vehicle’s provenance when making a purchase.

When looking to insure your new car, blockchain could also speed up the authority checks for policies, cutting costs, removing the need for a middleman and reducing chances of fraud.

The expansion of blockchain applications in both public and private domains also looks set to increase because of complementary advancements in technologies such as artificial intelligence, machine learning and smart contracts. This opens up the potential for blockchain applications in areas such as manufacturing, farming, and design.  It could feasibly be used to provide the scaffold for the Internet of Things (IoT), although connecting disparate assets, machinery, and equipment presents interoperability challenges.

Why universities need to start teaching it now

The potential shift in industry transactions that blockchain can bring means that the students of today need to be learning about it now.

Despite all the uncertainty around blockchain we are still expecting to see a shift in its use. Nationwide supermarkets such as Tesco, Sainsbury’s and restaurants including Just Eat and Deliveroo are now accepting bitcoin, for example, as a way of buying a gift card via Bitpay. On the other side of the pond, AMC, Amazon and Tesla have expressed interest and future plans to embrace crypto.

In order to get ahead of the game and better realise, not only the benefits of blockchain but also the ways in which it will disrupt areas for clients and businesses, universities and education institutions need to be teaching students all about blockchain.

With an increasing number of companies now using blockchain to enhance business productivity and efficiency, the demand for analysts, programmers, and blockchain developers is rising every day. But it isn’t just about training students so the next generation can look after the mines and tech. As the technology becomes increasingly vast and popular, business leaders, accountants, lawyers and hospitality professionals – to name a few – will need to be aware of the possibilities blockchain presents. 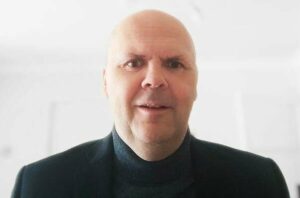 McDonald’s targets net zero emissions by 2050, from meat to energy

We need a sustainable food supply chain – only blockchain offers this

Anomura partners with Aerial to become the world’s...

The world’s most Instagrammable destinations, revealed and ranked

June 22, 2022
Editorial & Advertiser disclosureEditorial & Advertiser disclosureOur website provides you with information, news, press releases, Opinion and advertorials on various financial products and services. This is not to be considered as financial advice and should be considered only for information purposes. We cannot guarantee the accuracy or applicability of any information provided with respect to your individual or personal circumstances. Please seek Professional advice from a qualified professional before making any financial decisions. We link to various third party websites, affiliate sales networks, and may link to our advertising partners websites. Though we are tied up with various advertising and affiliate networks, this does not affect our analysis or opinion. When you view or click on certain links available on our articles, our partners may compensate us for displaying the content to you, or make a purchase or fill a form. This will not incur any additional charges to you. To make things simpler for you to identity or distinguish sponsored articles or links, you may consider all articles or links hosted on our site as a partner endorsed link.