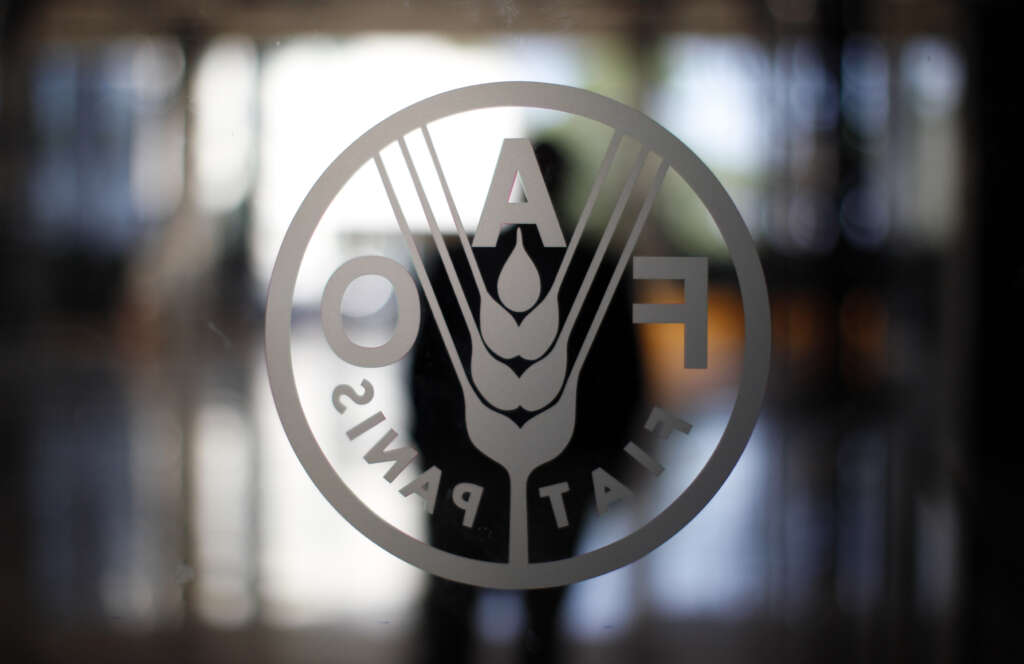 The Food and Agriculture Organization (FAO) said on Friday that its price index, which tracks the most globally traded food commodities, averaged 136.3 points last month versus a revised 137.9 for August.

The August figure was previously put at 138.0.

The index has fallen from a record of 159.7 in March. The September reading was, however, 5.5% higher than a year earlier.

The latest drop was driven by a 6.6% month-on-month fall in vegetable oil prices, with increased supplies and lower crude oil prices contributing to the decline.

Sugar, dairy and meat prices all slipped by less than one percentage point, relieving inflationary pressures.

By contrast, FAO’s cereal price index rose 1.5% month-on-month in September, with wheat prices climbing 2.2% because of concerns over dry crop conditions in Argentina and the United States, strong EU exports and heightened uncertainty over access to Ukrainian Black Sea ports beyond November.

Rice prices rose 2.2%, partly because of worries over the impact of recent severe flooding in Pakistan.

In separate cereal supply and demand estimates, FAO lowered its forecast for global cereal production in 2022 to 2.768 billion tonnes from a previous 2.774 billion tonnes.