In recent research, it has been stated that Bitcoin mining worldwide consumes an equivalent of a small country’s electricity consumption, or 0.55% of global electricity production. Some researchers even claimed that miners can increase global warming by 2°C and bust global climate goals single-handedly.

Is there another side of the coin?

Understanding the incentives of miners 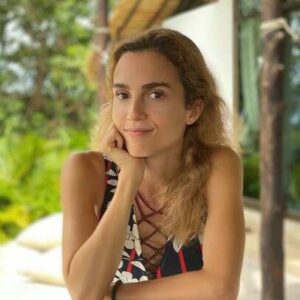 Before understanding the incentives of miners, we have to understand why Bitcoin mining consumes that much energy. Since its invention in 2008 by Satoshi Nakamoto, blockchain has served as a distributed ledger, a public record of transactions. Despite proving it’s trustworthy, the “proof of work” system means miners compete to add one additional block of transaction. This requires solving complex mathematical equations, and the first computer to solve them gets rewarded. To become the first computer in line, miners strive to get the best hardware.

In most new blockchain protocols, “proof of work” (PoW) has been replaced by “proof of stake”. Through this system, protocol participants can mine or validate block transactions according to how many coins they hold. This removes the need to consume energy that is present in the Bitcoin protocol. Even Ethereum is moving to the “proof of stake” validation mechanism, making it the standard choice for new protocols and therefore removing the energy consumption issue.

In parallel, Bitcoin miners have already taken steps to go green. According to Cambridge, around 39% of PoW mining is powered by green resources, which is higher than the global average electricity generation share (25%). In April, a Bitcoin mining company from the US, Gryphon, launched its all-renewables mining venture and raised $14M. A month after that, a company from the UK, Argo Blockchain announced their efforts to launch the world’s first clean energy Bitcoin mining pool. Another example from the US, in June, Square Inc. has announced their $5M investment to build an open-sourced, solar-powered Bitcoin mining project at a Blockstream Mining site. This is not a coincidence, miners are well aware of the concerns over the energy consumption issue and have turned their minds towards green solutions. The fact that discussions over cryptocurrencies’ energy consumption and its effect on our environment are so common helps prove these currencies are our future.

The range of protocols available to validate transactions

Beyond proof-of-stake and its widespread adoption, there are other alternatives to proof-of-work. Another validation mechanism is the method Chia uses, proof-of-space. It is created by storing data on a large number of empty hard discs. It is claimed that this method is greener, as it is significantly less energy-intensive than other crypto mining processes. The proof-of-elapsed-time method is another alternative to proof-of-work, but unlike proof-of-work, this method doesn’t require solving complex cryptic puzzles – so it consumes less energy. There are various other alternatives. This points towards how rapid the innovation cycle is in the cryptocurrency space and the fact that these validation mechanisms are a part of that rapid cycle. Between using clean energy and adopting other validation mechanisms, who says this is a problem that the blockchain industry can’t solve?

When comparing consumption of Bitcoin mining to traditional IT, an average person in the developed world adds 136kg of CO2 to their carbon footprint from the emails they send and receive in a year. This is equivalent to 320km driven in a car. We tend to deny its effect because we don’t see smoke or any other visible feedback, but we use emails for unnecessary things very often. But the server we use to send email, or data centers to store attachments is very costly to our world. That is why big tech companies are pioneering ESG initiatives. Then there are streaming services, which not just store the data, but also stream it through the internet. And the streaming services are growing since more companies are following the path opened by Netflix and Spotify. They even allow people to play video games via streaming services. Considering the energy consumption of an email and how many we send, this is huge for the environment, and we haven’t even talked about maintenance costs. Bitcoin’s energy usage needs to be considered in the broader context of global technology habits.

Cryptocurrencies are just one of the applications of blockchain technology. They’re a tool to escape inflation and provide alternatives to monetary repression, an evolution of current economic systems. Let’s remember that both traditional fiat and cryptocurrencies mean nothing without the trust of the people who are using them, backing them and believing in their value. This is similar to the reason why we use credit cards to buy goods or services. Beyond cryptocurrencies, the innovation enabled by blockchain technology goes beyond what’s ever been possible in the way we organise ourselves as humans. The advantages cannot be denied, yet are often understated by sceptics. It’s an economy-building toolset in a box, Pandora’s box – and we’ve barely started opening it.

Alessa Berg is the founder and CEO of Top Tier Impact (TTI), the global ecosystem of impact and sustainability leaders. TTI’s mission is to accelerate the mainstream adoption of impact and sustainability as the way of making investments and running companies. It has an active private network of 500+ impact investors, entrepreneurs and corporate leaders across more than 40 countries, an investment division, a climate risk & ESG consulting business and a policy unit.

Alessa is a board member to several impact funds and companies. She was born in Switzerland and is fluent in six languages. She has been investing in the blockchain and biotech sectors through a positive impact lens since graduating from Oxford University in 2012. Alessa previously worked in M&A at Goldman Sachs, private equity at Blackstone and venture capital at Mosaic Ventures. She’s also the youngest member on the advisory board of her Oxford degree.

How Blockchain can help developing countries

Beyond CryptoKitties: NFTs are poised to permanently transform the art world

January 12, 2022
Editorial & Advertiser disclosureEditorial & Advertiser disclosureOur website provides you with information, news, press releases, Opinion and advertorials on various financial products and services. This is not to be considered as financial advice and should be considered only for information purposes. We cannot guarantee the accuracy or applicability of any information provided with respect to your individual or personal circumstances. Please seek Professional advice from a qualified professional before making any financial decisions. We link to various third party websites, affiliate sales networks, and may link to our advertising partners websites. Though we are tied up with various advertising and affiliate networks, this does not affect our analysis or opinion. When you view or click on certain links available on our articles, our partners may compensate us for displaying the content to you, or make a purchase or fill a form. This will not incur any additional charges to you. To make things simpler for you to identity or distinguish sponsored articles or links, you may consider all articles or links hosted on our site as a partner endorsed link.