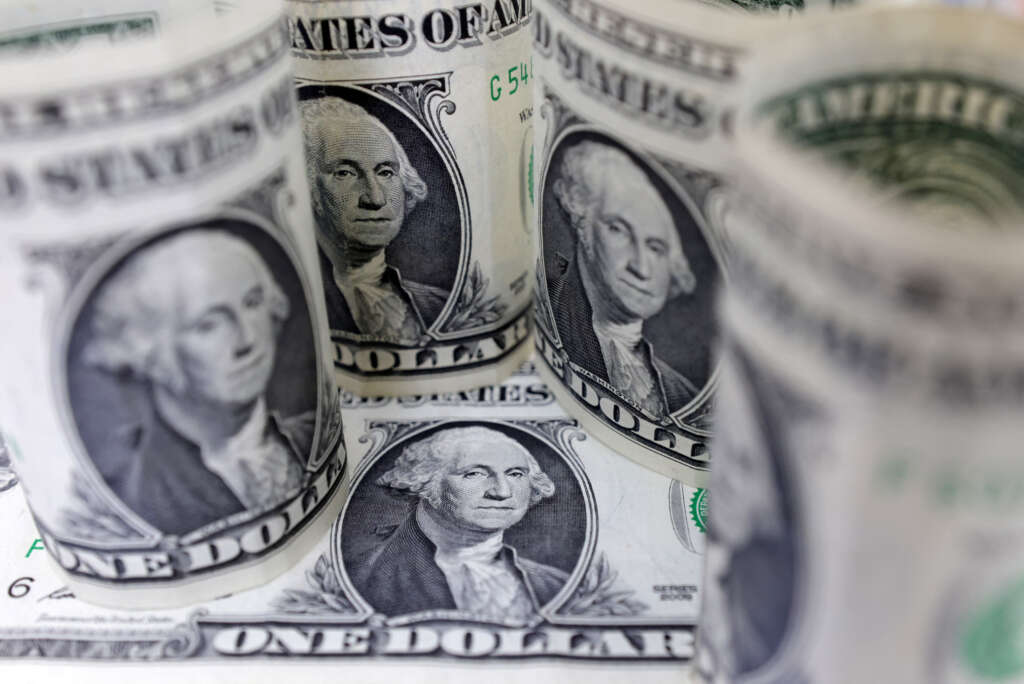 SINGAPORE (Reuters) – The dollar steadied on Wednesday as traders waited on results from U.S. elections and on inflation data that could disappoint hopes for the interest rate outlook, while cryptocurrencies were on edge as a major exchange faces a bailout.

The greenback has been under downward pressure from bets on the Federal Reserve easing back on interest rate rises and on China reopening and driving growth.

It touched multi-week lows against the euro, Australian dollar and New Zealand dollar overnight, then edged off those levels during the Asia session.

The dollar last traded at $1.0071 per euro and bought 145.66 yen, after briefly dipping below its 50-day moving average for the first time in nearly three months.

The U.S. dollar index, which is heading for its best year in almost four decades, is down about 1% so far this week and hovered at 109.65 on Wednesday.

“We all know the dollar will probably turn at some point – when is the big question,” said Bank of Singapore currency analyst Moh Siong Sim.

“My view is the pullback is consolidation, rather than the end of the dollar uptrend, and that’s because I think the Fed is still not done with the inflation fight unless the data really gives us comfort that inflation is about to ease off for good.”

Early U.S. midterm-election results showed Republican wins, though the prospect of a nationwide “red wave” appeared to have dimmed. Some analysts view likely Congressional gridlock as a slight negative for the dollar if it limits fiscal spending.

“We expect Republicans to take back the House, which should be enough to cause a gridlock in Congress,” said NatWest Markets rates strategist Jan Nevruzi in a note to clients.

“As far as market impacts, we do not think there would be a seismic shift – high levels of inflation already made the passage of further spending packages less likely.”

Results could take days to emerge.

Looming on Thursday is U.S. inflation data. Economists expect a slowdown in the pace of annual headline inflation to 8%, and an upside surprise could upset market hopes that the Fed is getting closer to finished with interest rate rises.

“Although the Fed may soon slow the pace of its tightening, there remains much more work to be done,” said analysts at ANZ Bank.

Cryptocurrency markets have had a wild few days, and were attempting to find a floor in the Asia session after crypto exchange Binance announced plans to buy rival FTX in a bailout. A surge in withdrawals had left FTX struggling.

FTX’s native token was in freefall on Tuesday and bitcoin lost about 10%. Bitcoin steadied at $18,350, but FTT fell another 5% to a new two-year low.