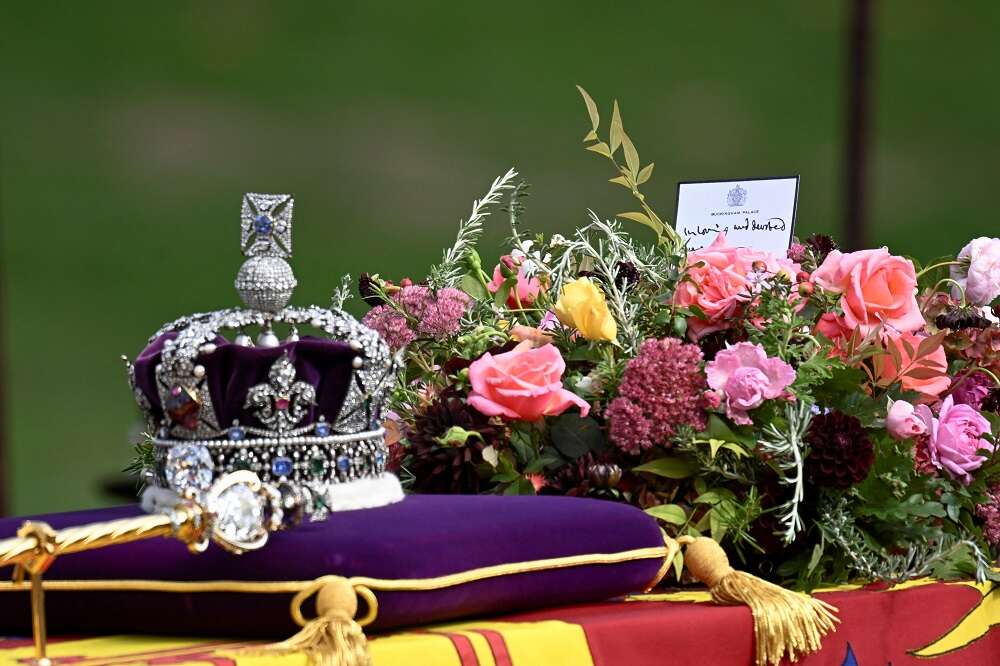 LONDON (Reuters) – Britain’s King Charles paid tribute to his late mother Queen Elizabeth on Monday with a handwritten note laid on top of her coffin reading: “In loving and devoted memory, Charles R.”

The note was placed amid a colourful wreath for the late monarch that Buckingham Palace said contained, at Charles’s request, rosemary, English Oak and myrtle, which had been cut from a plant grown from myrtle used in Elizabeth’s wedding bouquet.

There were also gold, pink, burgundy and white flowers cut from the gardens of royal residences.

Royals and heads of state from around the world gathered at London’s Westminster Abbey on Monday morning for the state funeral https://www.reuters.com/world/uk/britain-world-prepare-say-last-farewell-queen-elizabeth-2022-09-18/ for Elizabeth, Britain’s longest serving monarch, who died on Sept. 8 aged 96.