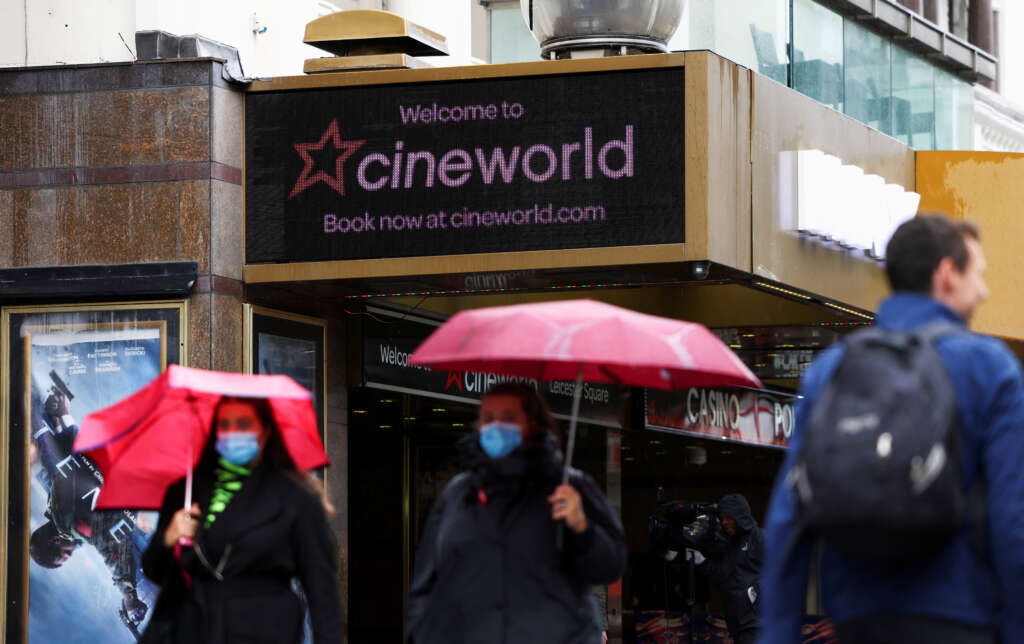 (Reuters) -Cineworld, the British cinema operator in bankruptcy proceedings, said on Tuesday it would not sell any of its assets individually, and that it had not held discussions with AMC Entertainment about the sale of any of its theatres.

The British company said it would focus on selling the group as a whole rather than disposing of individual assets, along with its restructuring efforts, and was expecting to start reaching out to potential parties for a sale later this month.

Cineworld said on Tuesday it had not held discussions with AMC about the sale of any of its cinema assets, in response to media reports, and that talks about a reorganisation of its U.S. operations were ongoing.

In October, Cineworld, the world’s second-largest cinema chain operator, announced a bankruptcy settlement with its landlords and lenders, clearing the way for the company to borrow funds and make a $1 billion debt repayment.

AMC last month said it was no longer in talks to buy some theatres owned by Cineworld following initial talks with some lenders.