Home Finance Why the Financial Stability Board’s ambitions for global crypto regulation should be seen as a step in the right direction
Our website publishes news, press releases, opinion and advertorials on various financial organizations, products and services which are commissioned from various Companies, Organizations, PR agencies, Bloggers etc. These commissioned articles are commercial in nature. This is not to be considered as financial advice and should be considered only for information purposes. It does not reflect the views or opinion of our website and is not to be considered an endorsement or a recommendation. We cannot guarantee the accuracy or applicability of any information provided with respect to your individual or personal circumstances. Please seek Professional advice from a qualified professional before making any financial decisions. We link to various third-party websites, affiliate sales networks, and to our advertising partners websites. When you view or click on certain links available on our articles, our partners may compensate us for displaying the content to you or make a purchase or fill a form. This will not incur any additional charges to you. To make things simpler for you to identity or distinguish advertised or sponsored articles or links, you may consider all articles or links hosted on our site as a commercial article placement. We will not be responsible for any loss you may suffer as a result of any omission or inaccuracy on the website.
Finance 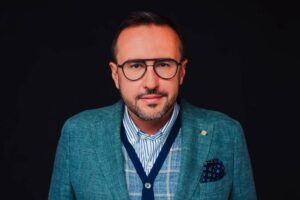 By Przemyslaw Kral, CEO of Zonda

Last month, the Financial Stability Board (FSB), the international body that monitors and makes recommendations about the global financial system, announced that it has begun the mammoth task of establishing the world’s first global regulatory framework for crypto assets. Its goal is to unify the rules and policies around cryptocurrencies and create a shared understanding of the risks posed by digital currencies to the global financial system.

As the FSB sees it, the cryptocurrency market is not just expanding rapidly, but also becoming increasingly intertwined with our traditional financial system. As it does so, the industry goes further than simply providing an alternative to the world of traditional finance for those that prefer its decentralised philosophy, but risks leading to systemic failure of the critical financial infrastructure that continues to grease the wheels of the global economy. Indeed, if anyone needed a reminder of how vital this financial plumbing can be to the monetary stability of a country, they need only look at the gravity placed on the decision to restrict access to the SWIFT platform in recent days.

For the FSB, it appears that the threat of collapse has become too great for it to ignore. The Board’s solution is a universal framework for crypto regulation. A cookie cutter approach designed to help regulators, governments, and central banks to establish rules that are generally believed to mitigate the worst of these risks. The FSB expects to have a significant part of these rules developed by the end of 2022, and their publication will, I believe, be a landmark moment for our industry. A step towards accountable, efficient, and reliable cryptocurrency trading, which supports rather than compromises global financial stability, whichever side of the decentralisation debate you sit on.

Rather ironically, the current global regulatory landscape can be best described as decentralised, or at least disjointed. Cryptocurrency platforms currently face a wide range of rules and accounting practices depending on where in the world they have operations, and many investors don’t realise that the platforms they are currently using offer little to no genuine protection against malicious actors or questionable business practices. For many platforms, reputation is the regulator, and while it may be the oldest form of regulation known to man, one that does a good job of incentivising best practice, it cannot protect all consumers all the time, and is too myopic to address systemic risks.

Meanwhile, the world is hurtling towards mainstream adoption. Last month, to coincide with the winter Olympics, China launched its digital Yuan and accompanying central bank policy. It is the second country to have made digital currency legal tender following El Salvador in 2021. Regulators are racing to catch up, but the gap between adoption and regulation is widening, and that introduces more risk than many in regulatory circles are comfortable with.

So where does current regulation stand? Well, the European Union (EU) is in the process of approving a set of standards for authorising and supervising participants in cryptocurrency asset markets. The UK has set a deadline for the end of March for cryptocurrency asset businesses to register with the Financial Conduct Authority (FCA). In the meantime, the US Securities and Exchange Commission (SEC) is devising its plan to regulate alternative trading systems. Estonia made strides in tightening regulation on international cryptocurrency trading platforms in February 2022, while Austria, Kazakhstan and South Korea introduced taxes on cryptocurrencies with various focuses at the beginning of the year.

While it is critical that national governments and central banks pay attention to digital currencies, these efforts have different purposes and are founded on diverging assumptions about cryptocurrencies. The EU, UK, US and Estonia are primarily focusing on the surveillance of crypto businesses, guided by concerns around transparency and illicit money transfers. Austria and Kazakhstan are taking the individual as the starting point, incorporating cryptocurrency assets into traditional financial structures and processes. In contrast, China and El Salvador are creating new bespoke financial infrastructure for digital currencies.

The development of a centralised FSB regulation represents a much-needed collaborative and cohesive approach to cryptocurrency on a global scale. Although the FSB relies on voluntary collaboration, countries around the world should recognise the benefits of cross-border rulebooks and are likely to adopt these guidelines promptly in order to keep up with, and importantly also further enable, the rapid innovation taking place in the cryptocurrency sector.

FSB regulation is pushing for clarity and transparency in a sector which originates, often quite proudly, in obscured untraceable structures. 31% of US adults aged 18-29 have used, traded or invested in cryptocurrency assets, but only 8% of those aged 50 to 64, and 3% of people over 65 have done so. The fly in the ointment for older, wealthier audiences is more often than not a perception of risk. Regulation can be a powerful tool in breaking down barriers of fear and misunderstanding, so the FSBs initiative here is likely to reduce the risk of crime, but also reduce the perception of crime, in turn building trust in new audiences.

The new comprehensive rules will also serve to re-engage lapsed audiences who may have fallen victim to hackers, exit-scams, and common complaints such as locked accounts. Cryptocurrency scams increased by 850%  between 2011 and 2021, and last year saw the total number of scams hit the highest number on record. This has led to the disenfranchisement of those directly affected and has not gone unnoticed by those yet to take their first steps in the markets. Greater regulatory oversight, in reducing crime and increasing education, will encourage the participation of new users and lead to an uptick in cryptocurrency adoption. It’s unlikely to stave off the crypto winter some have predicted for 2022, but it will surely be a step in the right direction.

Such a surge in adoption would have a domino effect on the digital currency industry as we know it. With more users come new consumer needs, increasing business investment, and sparking further innovation. This will pave the way for new cryptocurrency products, notably the development of B2B services such as a standardised framework for tokenization. In order to remain agile, crypto exchange platforms need to go back to the heart of these changes: regulation. By understanding and supporting the direction of regulatory change, businesses operating in the digital asset space will be able to pre-empt and play a central role in the future of the industry.

At Zonda, we have worked closely with the Estonian FIU to develop a regulatory framework for the country. We only operate in markets that have granted full regulatory approval, and we have recently become the first European cryptocurrency exchange to have been granted this in Canada. Regulatory compliance will become non-negotiable, so exchange platforms should start collaborating with key bodies now to make their voices heard.

Axie Infinity is the most Googled NFT collection in the world