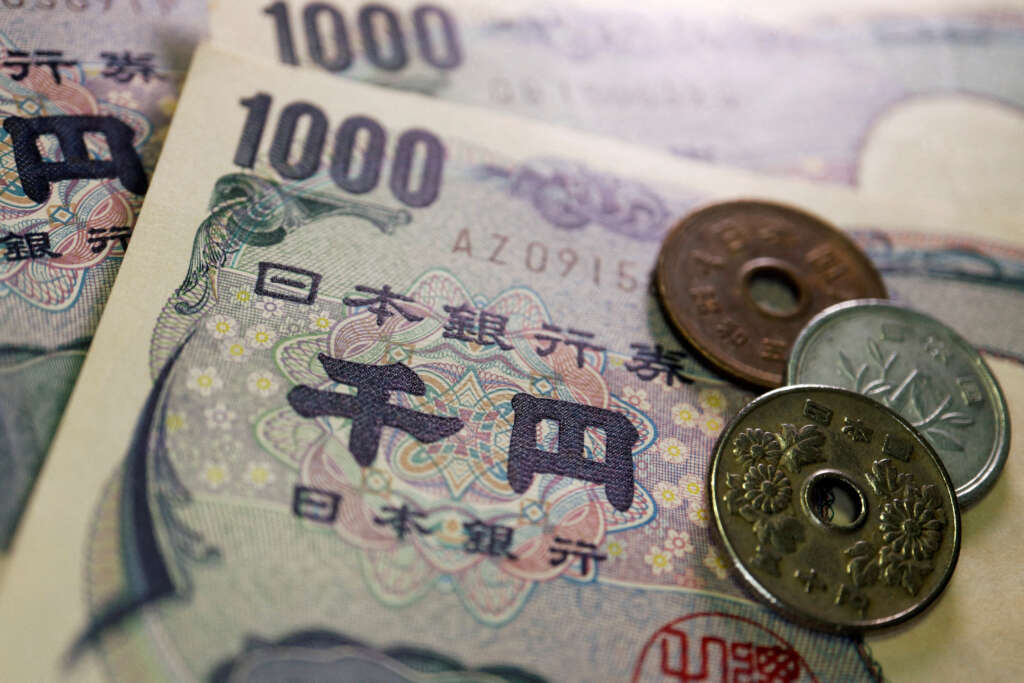 By Kevin Buckland and Alun John

TOKYO/LONDON (Reuters) – The yen rose on Wednesday, moving off a 24-year trough, after media reports that the Bank of Japan conducted a rate check, an apparent preparation for currency intervention, while policymakers stepped up warnings about the yen’s sharp fall.

The dollar slid 1% to 143 yen, after the Nikkei website cited unidentified sources for its report on the rate check, in which central bank officials call up dealers and ask for the price of buying or selling yen.

The Japanese currency had softened near to 144.97 per dollar early in the day, having tumbled the day before along with other majors as an unexpected rise in the U.S. consumer price index (CPI) sent the greenback soaring.

The dollar index jumped 1.5% on Tuesday, its largest percentage gain since March 2020.

Japanese Finance Minister Shunichi Suzuki also said on Wednesday that the government was considering stepping in to combat sharp falls in the currency, which has been battered by a surging greenback.

Suzuki told reporters that recent moves in the yen have been “rapid and one-sided”, adding that yen-buying currency intervention was among the government’s options should such moves continue.

“If the market continues to sell the yen, there is more pressure for the MOF and BOJ to communicate to the market that the recent move has been too fast.”

However, actually intervening the support the currency, would be a larger step.

“Currently, the dollar is becoming stronger and the yen weakening due to the big interest rate differentials between the United States and Japan, so it’s hard (for intervention) to be effective. That’s why I think it’s better to wait,” said Masafumi Yamamoto, chief currency strategist, Mizuho Securities.

The yield on two-year Treasury notes, which typically reflects interest rate expectations, peaked at 3.804% on Wednesday, the highest since 2007. The 10-year yield last stood at 3.4313%.

Financial markets now have fully priced in an interest rate hike of at least 75 bps at the conclusion of the FOMC’s policy meeting next week, with a 38% probability of a super-sized, full percentage-point increase.

A day earlier, the probability of a 100 bps hike was zero.

Other currencies were still hunkered down after yesterday’s battering, as a more aggressive pace of rate hikes in the U.S. and higher yields would likely support the dollar.

Sterling which lost 1.6% on Tuesday, was up 0.44% at $1.1545, after lower fuel prices caused an unexpected fall in British inflation in August, official figures showed on Wednesday.