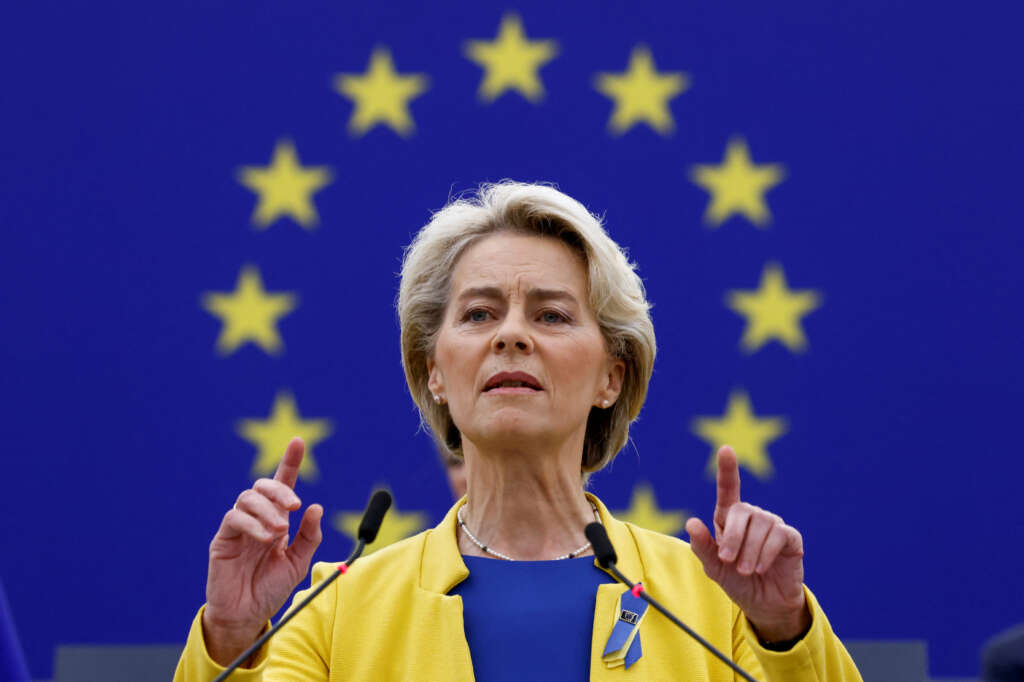 “In these times it is wrong to receive extraordinary record revenues and profits benefitting from war and on the back of our consumers. In these times, profits must be shared and channelled to those who need it most,” von der Leyen said in a speech to the European Parliament in Strasbourg.