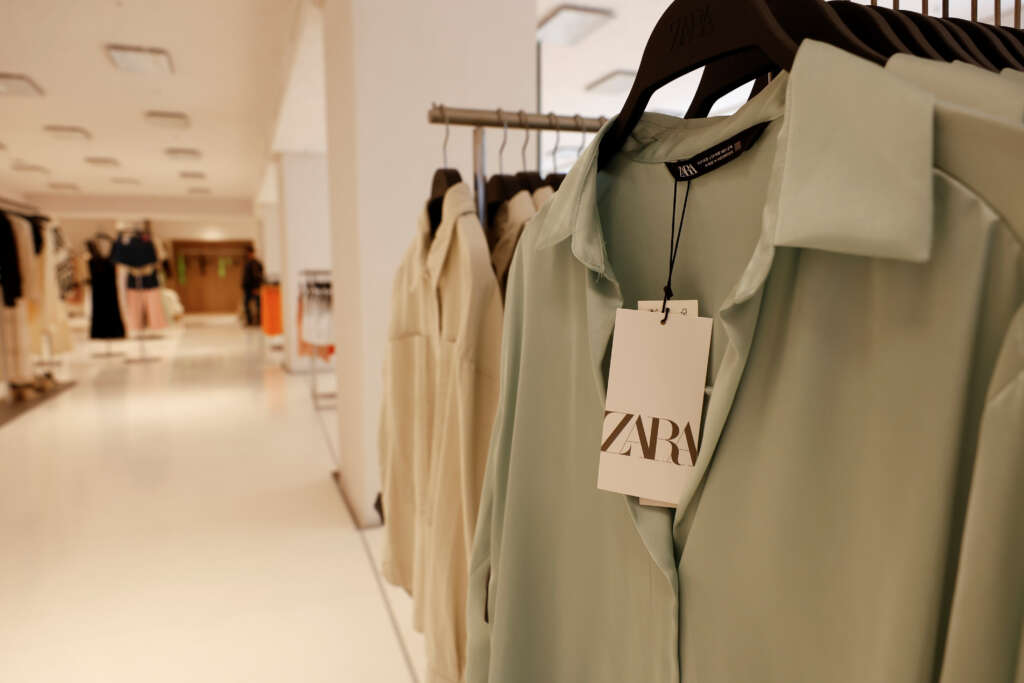 MADRID (Reuters) – Fashion brand Zara’s owner Inditex said on Wednesday that profit for the six months to July jumped by 41% and sales rose by around a quarter, putting it on a strong footing ahead of second half likely to see rampant inflation hitting demand for clothing.

In the first set of results since its founder’s daughter, Marta Ortega, took over as new non-executive chairman, the company said revenue for the period rose to 14.84 billion euros ($14.82 billion) from 11.9 billion euros a year earlier. It booked a net profit of 1.79 billion euros from 1.27 billion euros last year.

CEO Oscar Garcia Maceiras said sales were rising in the most recent weeks. However, the annual growth rate slowed slightly since the end of the first half to 11% in constant currency terms from Aug. 1 and Sept. 11.

The results were in line with analyst forecasts, which flag that autumn and winter will likely be challenging as the soaring cost of living weakens demand for fashion and leaves shoppers less keen to buy clothing at higher prices.

Inditex had decided to increase its prices early in the year to cope with inflation at a time when shoppers worldwide were buying more clothes for holidays, events and the return to the office after the lifting of COVID restrictions.

“Inditex has delivered a very strong absolute and relative performance,” Deutsche Bank analyst Adam Cochrane said. “But the lower consumer confidence is likely to see clothing sales decline in the second half of the year and into 2023 although price increases in the cost of clothing will help revenues”, he added.

Inditex has broadly maintained its strategy of producing at least half of its garments close to its headquarters in Spain and the higher proportion of proximity sourcing benefited the company during the supply chain crisis.

Inditex said its gross margin reached 57.9% during the first half of the year, the highest in seven years. The company added that has temporarily sped up its inventory to avoid supply chain snags. As of Sept. 11, inventory levels were 33% higher than a year earlier.